As an East Coaster my early years always had many food related "go-to" places and Dunkin' Donuts (DD) is definitely one of them.  The coffee has always been my rocket fuel for a quick pick me up for sports, school, and especially work.  And now they're returning to Southern California like wild fire, but in a friendly non burning of our hills sort of way.

In the late 40's/early 50's near the Quincy Center stop on the RED Line is were this Mass. doughnut company started.  Now it's a franchise business that is making a major return to So. Cal. starting with it's Santa Monica location late last year (Sept. of 2014).  Followed by it's Downey and 4 other locations (Long Beach, Whitter, Upland, and now Laguna Hills) that are currently opened. With it's recent opening in the OC, at 25242 McIntyre Street, Laguna Hills, CA 92653 owned by Precision Hospitality & Development, the next 2 OC locations has been announced.  This seems to be a commercial real estate agents dream client with franchise backing and all the responsibility falls on the franchisee.   Santa Ana and Westminster are the next locations that are already started building and ready in several months.  These are Frontier Restaurant Group (Newport Beach, CA) owned locations with 24 more approved franchises in the back burners ready to go.

Dunkin' Donuts had a projection few years ago that they were intending to to a rapid return to California.  So with a projected 1,000 doughnut chain locations for California, 20% of that number is allotted to Los Angles County.  Let's hope during their 2nd coming that they have their QA, Customer Service, and Field Advisers in place and ready to go.  Yelp for all opened So Cal locations have them at a 3 Star average, which is low compared to it local competition.

As for me I can at least say it's better than the one in Vegas and a few in Miami, but I rather have my DD in MA, NY, & MD.  Oh, FYI the OC's Laguna Hills locations is open 24 hours.

Hi John Kim ,  Since we left Irvine in 1983, you have gotten an In-N-Out and now a Dunkin Donuts. Wow, it has really changed there.

Yes, a lot has changed in Irvine especially since the real estate market boom in 2003.  Since then, and even thru the foreclosures hit, Irvine has kept growing.  The new presence is the all cash international buyers, which has given the city's economy a very large boost.  And the dirt area by the foothills near the old military base is now homes with the new GREAT PARK. 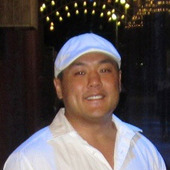