The Revitalization of Columbia Pike

When you walk down Columbia Pike, you can feel the pulse of Arlington.  You'll notice friendly faces, "Mom and Pop" owned restaurants/shops, parks, growing families, young couples and business professionals.

Columbia Pike has always been the key access road through Arlington County since it was established in 1801.  Previously this community served and developed as a streetcar suburb, with a streetcar stop at the junction of Walter Reed Drive and Columbia Pike and had a direct bus connecting to the District.  Since, Columbia Pike has grown into the mentality of "share the road with all"; pedestrians, bicyclists, and vehicles.

This stretch of suburban land runs miles from the most eastern end which is the Pentagon; the U.S. Department of Defense Headquarters and one of the largest office buildings in the world, all the way to Bailey’s Crossroads. Today it accommodates 17 percent of Arlington’s population who are attended by more than 500 businesses and 1.6 million square feet of commercial space.  The population is a mix of military families, families with young children, and young professionals. The close by neighborhoods, such as Arlington Heights, Penrose, Arlington Village, and Douglas Park, are at a walk able distance from the cool spots in Columbia Pike. The area provides great access to the rest of the region, including nearby places like Clarendon and Shirlington and Route 50.

The Columbia Pike Farmers’ Market is a year-round market on Sundays from 9 AM to 1 PM at Pike Park.

Got the Blues? Every summer, Columbia Pike has a Blues Festival.  Mark your calendar this year for June 20th, 2015.

Columbia Pike is plentiful with parks.  To cool down this summer, be sure to check out Penrose Square Spray Park.  Penrose Park and Monroe Park are the best for children, Alcova Heights Park plenty sports facilities, and Jennie Dean Park is good for picnics.

There are a lot of good food and restaurants that run along "The Pike".  The Lost Dog Cafe is popular with great pizzas and an impressive beer list that offers 261 beers to choose from.   The highly acclaimed Bangkok 54 and Thai Square have been noted for their authentic cuisine from The Washingtonian and The Washington Post.  Walk a couple blocks down you'll have your choice of Redrocks Pizzeria, William Jeffery's Tavern, Taqueria el Pablano, and an Arlington staple, Bob and Edith's Diner.

The Halstead and Siena Park are new Art Deco Luxury Apartments that helped kicked off the growth development of Columbia Pike. The latest additions to the buzzing Pike, is the new Luxury Pike 3400 Apartments & Townhomes and Columbia Place.

Columbia Pike is a hub of ethnic and economic diversity.  As Columbia Pike continues to grow and develop it is slowly becoming the more desired suburb of Arlington. 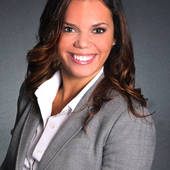