Nice People and Other Unexpected Things in Real Estate

As I'm about to close on a condo listing on 128 Sandpiper Lane in Aliso Viejo, I reflected back to when my client bought the  condo in 2008.  There was a great series of events that happened that wouldn't have happened if the people involved had been different.

When my client was a buyer, we looked at several different condos.  He decided on the one and decided to make an offer.  I suggested an offer price.  He was afraid it was too low, but went with it and issued me a stern warning.  "You'd better not lose this place."

The listing agent called me and verbally said the seller was going to accept the offer.  In real estate and most other things, verbal is interesting but not particularly noteworthy.  You've got to have it in writing.

Before the written acceptance was received, the agent called to  tell me they'd received a full price offer.  My heart sank and I'm pretty sure I said something like "Oh cr*p!"

Then, the agent surprised me.  She said that since they'd given us a verbal acceptance, nothing had changed.  They were accepting my clients' offer and the signed acceptance was on the way.  WOW.

My client was really grateful that they accepted his offer knowing they could have accepted the higher one.  Escrow was opened.  A home inspection was done.  Because the seller was so nice, the buyer decided not to ask for any repairs.

Imagine the buyer's surprise when he found the seller had a new air conditioning unit installed.  What an exceptionally nice thing for the seller to do!

Eight years later, the buyer has become a seller.  The new buyer did ask for a few minor items to be addressed. The seller sent a handyman over to the property and had a more things done than the buyer requested.  By all accounts, the buyer and her agent are delighted.

It's funny and fantastic how kind gestures can and do lead to more kind gestures.  As a side note, the listing agent and I became friends.  She's a super great gal!

Groups:
Addicted to Active Rain
Posts to Localism
The Lounge at Active Rain
Bartender, Make it a Double

I love these kinds of stories.  I always say that I have the greatest clients in the whole world.

Hi Jill, it's amazing a far a little kindness can go.  I believe it's important to treat everyone as you would want them to treat you.  Thanks for this heart warming story.

Sometimes we get even more reward out of doing the right thing rather than scoring the biggest financial victory. More buyers, sellers, and agents should follow this example.

Karma can be a really good things too.  And your seller has certainly earned some as did the previous owners and their agent.

Good for you,  verbals are always a chance in our business but you never know, this time it worked.

Jill - This is the kind of story I love to read, and how all transactions should go down. Too often there is an adversarial relationship between the listing agent and the buyers agent, and sometimes the seller and buyer as well.

Jill, I only wish there were more people like this in the world.

Jill Murty, Realtor - Serving Orange County, CA What a pleasant story and it reminds us all to take the 'High Road' in everything we do, since it will come back to you in multiples. Have a super day!

Thanks Judi K Barrett - It's nice to share a feel good story.  It's great that you have such terrific clients.

Bob Crane - Kind gestures can lead to more kind gestures.  It's funny how some people don't get that, but awesome when people do.

John Novak - Doing the right thing trumps anything else for sure.

Tammy Lankford - I saw a graphic once that said "Welcome to the Karma Cafe.  There are no menus.  You will be served what you deserve."  It's funny, but it rings true!

Will Hamm - Verbals are interesting until they make it into writing, at which point they become noteworthy.

Troy Erickson - I couldn't agree with you more that an adversarial relationship does not need to be a part of a real estate transaction.  It's nice to be nice!  I'd love to see more of that.  Sometimes people mistake nice for weak, which is a huge miscalculation.

That's a nice ripple effect that the buyer turned seller has passed on to his own buyer now. When you have the right clients and the right agents, this happens more and more. Like Judi K Barrett, I have the best clients in the world!

Sandy Padula and Norm Padula, JD, GRI - It's nice to do a good thing without being asked.

Chris Ann Cleland - I agree that it was a wonderful ripple effect.  That's a great way of saying it, Chris.

P.S. Thanks for the feature.  I really appreciate it!

It's a sad state of affairs when nice people are so unexpected in this life, but at the same time, it's very welcome!

Kindness does beget kindness - it's such a great thing to see.

It's wonderful that you became friends, and that everything worked out on both the buying and selling side.

Wow!!! Talk about not getting things in writing, it always bites you in the behind.  Great sharing

Gabe Sanders is right. Makes you appreciate the grateful, you can work with to a satisfying goal types in the dealing with the public we all do. In the list, twist, sell (repeat).

If only all people paid it forward like that instead of always looking for what they can get. 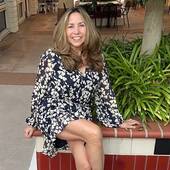