Today is a day to honor our Nation’s Veterans who have passed on, and to pay homage to our fallen Military men and women who have paid the ultimate price for insuring our freedom. Memorial Day has special significance to me because my Dad is among the many men and women who are laid here to rest for all eternity. More than 290,000 people are buried in Arlington National Cemetery. This national shrine serves as the final resting place from every one of the nation's wars, from the American Revolution through the military actions in Afghanistan and Iraq.

Every year for the last 40 years just prior to Memorial Day, the 3rd U.S. Infantry (The Old Guard) honors America's fallen heroes by placing American flags before the gravestones and niches of the service members buried at Arlington National Cemetery.

I pray that our Heavenly Father
may assuage the anguish of your bereavement,
and leave you only the cherished memory of the
loved and lost, and the solemn pride that must be yours,
to have laid so costly a sacrifice upon the altar of Freedom.
-- Abraham Lincoln, November 1864

Hi, Michael...thanks for stopping by my featured posts.

Debbie Laity You're welcome and thanks for the visit here.

Thanks for sharing this Memorial Day blog.

I hope we will soon be reading your current blogs.

Enjoy the weather and have a great weekend.

Roy Kelley Thanks and thanks for stopping by.

Like
favorite_border 2
Evelyn Johnston
Friends & Neighbors Real Estate - Elkhart, IN
The People You Know, Like and Trust!

I have never visited Arlington and hope to do so some day.

Evelyn Johnston It is worth the visit.

Michael Setunsky I hope to see more posts by you in near future.

Mary Yonkers Thank you for the visit.

Just stopping by to say, "Welcome to the ActiveRain Millionaires' Club!"

Arlington National Cemetary is a beautiful place and we've been there a few times.  Congrats on the 1,000,000 points!

Wayne and Jean Marie Zuhl Thank you very much!!

Thank you for this heart felt post.  I so appreciate all the men and women, and their families, who have served our country and gave the most precious gift of all.

I can only imagine what a breathtaking photo it would be with all the flags!

Evelyn Johnston It sure is a breathtaking sight. Thanks for visiting.

Michael Setunsky This post is worthy of rereading several times.  Thank you again. 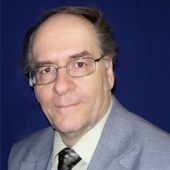