WHAT YOU MAY NOT KNOW ABOUT ....TIN CITY! Area waterways were the birthplace of Naples, the catalyst for growth in this place we call paradise.

Thousands of years of oyster and clam shell deposits laid a foundation for our first known inhabitants – the Calusa Indians.  In the 1500s they were the area’s first shellers and fishermen.

In the late 1860s a few hearty pioneers, Roger Gordon and Joe Wiggins, ventured in by boat before the Civil War and set aside their nomadic ways and built camps to serve the needs of travelers and settlers.  Today, two key waterways still bear their names – Gordon Pass and Wiggins Pass.

By the 1880s, news of the waterfront’s beauty began to draw wealthy tourists and investors and in 1886 “Naples” was founded.  In those days passengers had to disembark at Back Bay, now called Crayton Cove.

In 1887, a group of wealthy Kentuckians, led by Walter N. Haldeman, worked to make access more convenient.  They built a pier 600 feet into the Gulf of Mexico.  Soon after, Naples became a winter playground for industrialists and celebrities including Harvey Firestone, Thomas Edison, Greta Garbo, Gary Cooper and Hedy Lamarr.

In the 1920s Tin City’s tin roofed buildings were the hub of economic development and transport which was made possible by the construction of the Seaboard Airline Railroad. As a result, this stretch of the Gordon River became the heart of Naples’ fishing industry, including clam shelling, oyster processing, boat construction and maintenance operations.

In the 1970s, seven of Tin City’s sturdy old buildings were transformed to become “The Old Marine Marketplace at Tin City” – a colorful maritime-mix of shops and eateries.

Today, Tin City still holds its historic, old Florida charm, and is home to over thirty unique boutiques, two waterfront restaurants and a variety of water and boating adventures that are fun for all ages!

Please contact Sergio & Jan Hernandez 239.821.5290 to learn more about how to make Naples, Florida your home.  Their knowledge of the area and expertise will help you find just the right property for you, in what is arguably one of the world’s most beautiful places to call home.

Top of FormBottom of Form 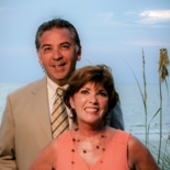