The Project for Public Spaces defines Placemaking as,

"... a quiet movement that inspires people to collectively reimagine and reinvent public spaces as the heart of every community. As both an overarching idea and a hands-on approach for improving a neighborhood, city, or region, Placemaking has the potential to be one of the most transformative ideas of this century."

Placemaking, as I understand it, means utilizing an underused, abandoned, non-functional space and turning it into a destination, a place that you want to spend time in or visit. Things like:

Building a community garden in a vacant lot

Creating a space for gathering in an alley between two buildings by adding seating, shade, a small garden

Create parklets off of bike paths

Adding a mural to the side of a building

I am really excited about working with the people at the National Association of Realtors, who provide a microgrant of up to $2500 towards placemaking in our local communities.  The folks at #teamspringdale posted on their Facebook page asking if any of their friends were Realtors and could help with the implementation of this grant. I jumped at the chance!

I love my job, I love helping people, and assisting them through a process that is sometimes frustrating, stressful, and scary. And I also LOVE the idea that I can help to facilitate Placemaking projects in the communities that we share. After all, when you buy a new home, you are making a committment to a community. And Placemaking will only improve our community! 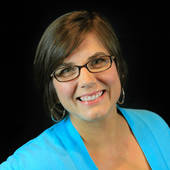