This influenced the architecture of Wicker Park Chicago. Having witnessed the vulnerability of wood construction, many Wicker Park residents built large mansions made almost entirely of brick and stone.

By the 1890s, the area transformed into a showplace of Victorian Gothic and Italianate architecture. Many of the houses circled the four-acre park of which the community got its name.

By 1930, Wicker Park Chicago, began to undergo a dramatic ethnic and class transition. This change coincided with a post-World War II housing shortage, and many of the mansions were divided into multifamily units and rooming houses. By the 1960s and 1970s, Wicker Park was a predominately poor and working-class neighborhood.

Efforts to revitalize Wicker Park Chicago, in the early 1980s initiated another wave of changes to the neighborhood. Young professionals bought many of the old houses and restored them to single-family residences. Gentrification stirred ethnic and class tension, as it displaced many of the area's poor.

By the 1990s, however, Wicker Park Chicago had achieved a level of cultural and ethnic heterogeneity. With commercial development along Division and North Avenue, which includes an array of galleries, shops, and restaurants, once again, the neighborhood has become one of the most desirable in Chicago.

Why is Wicker Park Chicago One of the Best Neighborhoods to Live In?

Wicker Park Chicago was my home for four years prior to a job transfer. I did not own a car, therefore, to live in a neighborhood where I could walk and quickly access public transportation was extremely beneficial. Chicago Transit Authority's Blue Line train was several blocks from my apartment building and one train ride to Ohara Airport.

Living among an eclectic and diverse group of like-minded people that consist of young professionals, artist, entrepreneurs and hipsters is pure motivation to explore your interests.

Did I Mention the Dog Park?

The dog park was three blocks away from my apartment. I would take my dog there so she could socialize with her doggy friends. She would develop a major attitude when it was time to go back on the leash!

One day my dog decided to join in on a baseball game that was taking place in the park. She caught the ball and ran off with it causing the entire team to chase her! Embarrassed, I strongly considered acting as if she did not belong to me!

Although downtown Chicago is in proximity to Wicker Park Chicago, I did not have to leave the neighborhood much to enjoy the great nightlife. The Rolling Stones performed at the Double Door, which was walking distance from my apartment. Y'all missed a great concert!

So Now, You Wanna Live Among an Eclectic and Diverse Group of Like-Minded People in Wicker Park Chicago Too, Right?

If you are interested in the current homes for sale in Wicker Park Chicago, click on the link above. Our "for sale" property information is a direct feed from the Midwest MLS where updates happen multiple times per day.

Welcome to ActiveRain, and what a wonderful overview of the Wicker Park history and benefits.

Good morning, Jessica E. Thornton nice "shout out" for Wicker Park ... being the neighborhood expert is what it takes to be the "top pick" for those who are searching for a Wicker Park area home....

and welcome to ActiveRain... localism posts are always a good choice for securing potential buyers and sellers....

Years ago I lived in Lincoln Park farther east toward to the Lake. I never venture out your direction.  Chicago is a vibrant city..,

They built the city right with public transportation in mind...

I also remember someone became a realtor. He told me he took the El to show condos.  I asked why you show her condoms for? What does a realtor do?

Keep posting these neighborhood articles. I think I will be thrilled to show those Franl Llloyd Wright homes in Riverside......   I did live in one his 3 story design off Clark Street by Lincoln Park zoo designated as historical neighborhood....

Thanks for telling us about Wicker Park.

Best wishes for great success with your ActiveRain blogs.

Suggestion: Use your blog settings to create an automatic signature for your blogs. Readers want to see your contact information and your office address.

Welcome to Active Rain, wishing you much success.

Welcome aboard Jessica! Great first post, I hope to see many more from you in the future!

Jessica - This is great background and information about the Wicker Park neighborhood of Chicago, Il.

Jessica - Congratulations on your first post here on ActiveRain, and welcome to the community.

Please know that the ambassadors, those with the orange badges, are here to help if you have questions.

CONGRATULATIONS on your First BLOG Post! Looking forward to many more in the future.  And ... WELCOME TO ACTIVE RAIN! You're going to love it here. 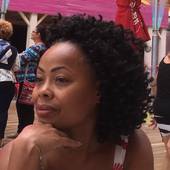 Home Buying almost 7 years ago
bookmark_borderbookmark
Did You Know That Your FICO Score Is Used In 90% O...
View more Recent Posts   arrow_forwards