2. "Part of being a winner is knowing when enough is enough. Sometimes you have to give up the fight and walk away, and move on to something that's more productive." --Donald Trump

4. "No matter what your current condition, how or where you grew up, or what education or training you feel you lack, you can be successful in your chosen endeavor. It is spirit, fortitude, and hardiness that matter more than where you start." --Jack Ma

5. "The most dangerous poison is the feeling of achievement. The antidote is to, every evening, think what can be done better tomorrow." --Ingvar Kamprad

6. "Most people give up just when they're about to achieve success. They quit on the one yard line. They give up at the last minute of the game, one foot from a winning touchdown." --H. Ross Perot

7. "It's fine to celebrate success but it is more important to heed the lessons of failure." --Bill Gates

8. "Develop success from failures. Discouragement and failure are two of the surest steppingstones to success." --Dale Carnegie

9. "I just love it when people say I can't do it, there's nothing that makes me feel better, because all my life, people have said that I wasn't going to make it." --Ted Turner

11. "Everyone experiences tough times; it is a measure of your determination and dedication how you deal with them and how you can come through them." --Lakshmi Mittal

12. "You don't learn to walk by following the rules. You learn by doing, and by falling over." --Richard Branson

13. "I'm only rich because I know when I'm wrong ... I basically have survived by recognizing my mistakes." --George Soros

14. "If you want to succeed, you should strike out on new paths, rather than travel the worn paths of accepted success." --John Rockefeller

15. "I was set free, because my greatest fear had already been realized, and I was still alive, and I still had a daughter whom I adored, and I had an old typewriter and a big idea. And so rock bottom became the solid foundation on which I rebuilt my life." --J.K. Rowling

17. "I knew that if I failed I wouldn't regret that, but I knew the one thing I might regret is not trying." --Jeff Bezos

18. "If you are hardworking and determined, you will make it and that's the bottom line. I don't believe in an easy way." --Isabel dos

Deb - Great quotes from some very resilient people. What we all should learn from this is that not everything successful people do is a success. They work hard, fail, and keep going. 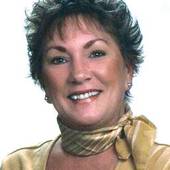