Home > Blogs > Robert Vegas Bob Swetz > Robert Vegas Bob Swetz's (swetz777) Blog
bookmark_border
Denali National Park around Mount McKinley in Alaska is by far one of the most beautiful places in the state of Alaska.
Robert Vegas Bob Swetz has only been on the edge of Denali National Park, and never had the chance to get into the heart of the park.
Robert Swetz is hoping sometime in 2015 or 2016 that he will be able to take the tour into DNP in Alaska.
When Vegas Bob was traveling towards Fairbanks Alaska in October of 2014, in DNP when the sun was rising, he captured this photograph reflection on "Byers Lake"
Alaska is by far "The Las Frontier" ;o) 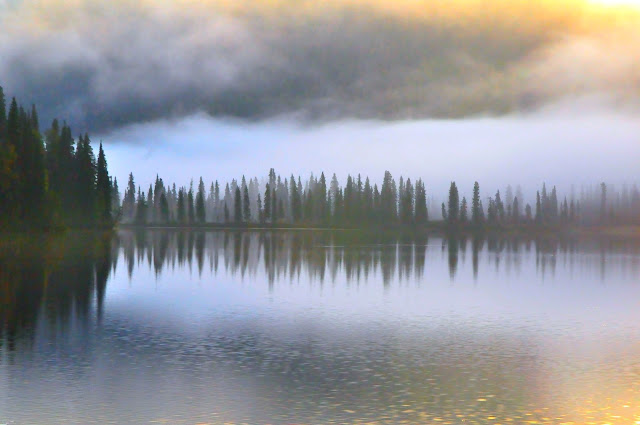 Hello Paul ... thanks for stopping by my friend and please don't forget your cameras on your next visit

VB, I have been to Denali many years ago and it is a fantastic place to visit. I was only there for a day trip but it is certainly worth going there and taking as many pictures as possible.

Hello Bob ... thanks for the stop my friend and you know Vegas Bob will be taking hundreds of photographs on his next visit in July

Such a vast area and the wildlife is plentiful.  But we must be careful...they are not tame.

I don't know how long your trip is going to be but I'd need at least another year to explore there. Get up into the Brooks Range if you can VB. There are thousands of other places too.

VB - That is a great picture. Hopefully you can enjoy Denali National Park soon. It is certainly a place I would like to visit.

Our family was fortunate this last summer to visit Yellowstone, and a few other national parks and monuments. It is a trip I will never forget.

Hello William ... thanks for stopping by my friend and your visit to Alaska is going to be a part of your life that you will never forget

Hello Kevin ... thanks for stopping by and "Yes" VB is going to see as much as possible in Alaska

Very lovely photo.  I would also like to explore parts of Alaska, but I doubt it will ever happen.