Exton is a census-designated place (CDP) in West Whiteland Township, Chester County, Pennsylvania, United States. The Exton Square Mall and Main Street at Exton are both located within Exton along with several other shopping centers, making Exton the major shopping district in Chester County. According to the United States Census Bureau, the CDP has a total area of 3.2 square miles (8.3 km), all of it land. In the late 1940s, Exton became home to the Newcomer Society of the United States. The campus of the learned society was built overlooking farmland on Newcomer Road, and featured offices, a printing shop, library and museum, guest houses, a chapel and a belltower with a carillon. The Newcomen Society sold the property in the late 1990s, but its campus remains an Exton landmark serving as the headquarters of another business. Exton real estate history is very much enriched. Families on the move will appreciate your local market reports.

Have a most productive summer! 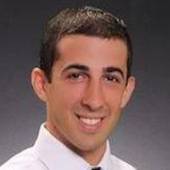