I own a home about 300 yards form the Shoreline of the Gulf of Mexico on 11th Avenue in Indian Rocks Beach.  I have owned the home a long time now and had a tenant in there for about 8 or 9 years. The last 5 or 6 years were filled going through some difficult times that consumed much of my resources of time and money. Personal issues kept me busy  and I did not have the time I would have normally had to properly manage my rental properties. As I prepared to refinance this house into my name I realized it need to appraise for the maximum amount so  i would qualify for that mortgage in July of 2014. So I started to spruce up the outside, but inside there was not much to do with a bachelor living in the 800 SF house the last 6 years. To say it was cluttered was an understatement. The outside from the front looked OK, other than the Oak tree I allowed to grow to close to the house for over 20 years.  It shaded the house and helped keep it cool but it also caused its share of problems. (its own story!)  The rear of the house had a Northern exposure and Poison Ivy flourished from about 10 feet away on vines along the ground up the concrete block, into the awning type widows and siding and soffit. The east side was also drastically affected too,  probably since the setbacks are 5 feet and that part is shaded 90% of the day. Realizing it was probably poison Ivy I started the job cautiously, first pulling the vines from the soffit and eaves and where the siding met the block it grew underneath. Since the appraisal was days away i did not have time for weed killers to work.  Between the PI and where the over grown oak tree in the backyard met the overgrown lawn I was able re claim the backyard. Part 2 and 3 coming soon. 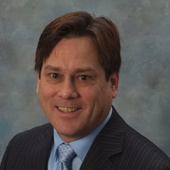