Mid-Century, 1961 to be exact, 220 Belnet Dr. was built near the corner of the Shallowford Rd and Williams Rd. intersection. Near the current Food Lion and Shopping Center. The home has three bedrooms in stereotypical brick rancher fashion. The kitchen opens the dining room off the carport. A great feature of this home is the unfinished basement, complete with fireplace. Can you say bonus space!? The backyard features a storage shed and is flat with low maintenance. The main feature for this house may be it’s phenomenal location.

Lewisville was in the country, but as Winston Salem grew the residents became wary of being incorporated into Winston Salem and chose to incorporate as their own town to protect their small town feel and government. Lewisville features very popular schools. 220 Belnet is currently as of this writing zoned for Lewisville Elementary, Meadowlark Middle (Zone Southwest Blue), and Reagan High. Lewisville is located on the West-Northwest side of Winston Salem the county seat of Forsyth County.

The area of Forsyth County was initially settled by the Moravians, a protestant group that relocated from the Moravian district of the current Czech Republic. The area is also famous for being home to Hanesbrands and RJR Tobacco (Reynolds), earning the nickname “Camel City.” Reynolds donated money for the University of Wake Forest to relocate from Wake Forest, NC. As an addition, the Wake Forest/Baptist teaching hospital is one of the biggest current employers near 220 Belnette Dr.. Lewisville borders Yadkin county to the west and with easy access to the NC Wine country via Highway 421 towards Elkin.
If you are looking for a great home in a great location look no further than 220 Belnette Dr. This classic ranch design is a standard in American home architecture with the bonus of a basement. Lewisville is a highly desirable town with many advantages for a community. 220 Belnette Dr. also has the advantage of being in the growing Forsyth County, while being on the edge wine country and mountains. Contact The Carolina Crew today if you would like to schedule a private showing of 220 Belnette Dr.

This looks like a good opportunity for the right buyer. Best of luck with the sale!

What a super opportunity, so let the sales sizzle and make your deals count for listings and transactions through the remaining days of June & this quarter. Good luck with future transactions too. 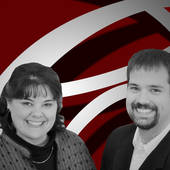