Bel-Air is a residential and secluded enclave synonymous with luxury living. Founded in 1923 by Alphonzo E. Bell Sr., the approximately 17 mile community is the third part of the Platinum Triangle which includes the neighboring affluent communities of Holmby Hills and Beverly Hills.  Just North of UCLA and Sunset Blvd., Bel-Air also includes some of the Santa Monica Mountain foothills.  It's streets travel upward to the heights of the city, with some homes offering views of the cityscape and Catalina Island.

There are two main entrances, the east faux-gated entrance at Beverly Glen Blvd. (where it turns into Bel-Air Road) at Sunset Blvd. and the west faux-gated entrance at Bellagio Road and Sunset Blvd., better known to the people of Los Angeles as the "Bel-Air Gates."  There are other entrances that are privelege mostly to Bel-Air's residences, including a back entrance off Sepulveda near Moraga, as well as an entrance off Sunset at Thurston Circle.

Any way you enter, it is as if you are entering into a little piece of heaven, from lush trees and landscaped front yards to homes hidden behind miles of manicured brush. Some of the largest and most impressive estates, as well as some of the most influencial people in entertainment live in Bel-Air.

Former President Ronald Reagan retired at his home on St. Cloud Road behind the East Bel-Air Gates where his wife and former First Lady, Nancy Reagan, continues to reside.  Many of the exteriors have been used in films such as "Get Shorty," starring John Travolta, and television episodes including "The Rockford Files" as well as shots for "The Fresh Prince of Bel-Air."  Oprah Winfrey has been known to frequent the Hotel- Bel Air where she celebrated her 50th birthday. The hotel is on Stone Canyon Drive, a beautiful tree-lined street that deserves mention just on it's own. Other exclusive venues in Bel-Air include the Bel-Air Country Club with it's 18-hole members only picturesque golf course and the Glen Center just south of Mulholland Drive off Beverly Glen, home of lively jazz entertainment, shopping, restaurants and the controversial Pets of Bel-Air shop where Britney Spears bought her Yorkie.

Homes in Bel-Air can range in price from 1 million to over 40 million dollars.  Estates near the entrances are usually the most sought after due to their proximity to Sunset Blvd. and their accessibility to neighboring communities, therefore retaining the highest values.  While some mansions boast their own privately gated roads, others are more reserved ranch homes.  Still many homes sit close to the roads with deceptively ambiguous exteriors that once inside open up to vast interiors and unexpected back yards that look like they were borrowed from Yosemite.

The roads in the neighborhood were built without sidewalks in an attempt to discourage the public from walking around the community along its winding pathways. Still many residents walk their dogs along the roadside only to bring them in at night away from the wildlife that have made the area their home.

Any way you look at it, Bel-Air is a prestigeous place to live and a sought after zip code.  It is a secluded yet proximal escape from the city that allows residences to enjoy the hustle and bustle of city life while still appreciating the peaceful surroundings of nature and exclusivity once they arrive home.

The name alone is fancy !I bet there is stunning property beyond that gate !

Nice Post and a familiar neighborhood for us.  Endre Barath, Jr. who you met at the meet up has a great piece of land for sale there with views.  We had friends with great homes there, and it peaceful there, no doubt about that.  Have a great weekend.  A

Thanks Ron and Alexandra Seigel  I love to hike in the hills there, it's very peaceful.  Wishing you a great weekend too. It's a little misty here today, we need the rain so its kind of nice.

Adele, you've described a fabullus area - and to know that the wildlife calls it home too, is certainly an added bonus to the peace and serenity that those fortunate enough to call Bel Air home!

Jul 20, 2015 11:52 AM
LIKE
#4
You must sign in or register to leave a comment
Login Register
Show All Comments
Older Post Newer Post
Back to Top
Generate More Leads from this Listing
With a Trulia Pro Account
Learn More
Find what you need?
See More Blog PostsAbout Real Estate! SEE MORE NOW!
Rainmaker
48,897 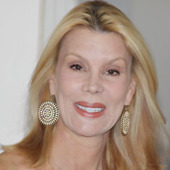