Have you ever wondered what would be the best lens for real estate photos? It can be a complex problem to search through the many options.  I am a visual learner so I thought I would provide a visual response to this question.

First I would like to talk a little bit about DSLR cameras and the two different types. There is a "crop sensor" camera and a "full frame" camera. I am not going to get into this topic much just enough to explain the difference. Crops sensor is just what it says, the sensor that records the photo is cropped=smaller. Full frame is just that full=larger.  So you can put a 50mm prime lens on a crop sensor and it will capture less of the area than the full frame camera with the same lens from the same spot.

Most of the photos I will be showing you are going to be from a crop sensor camera because I believe that will be what most of you will be using. Which are great cameras and the more you learn about them the more you can do!

The photos have NOT been edited in anyway the are SOOC (straight out of the camera) they are just for examples of range.

So here we go... Below is what the test looks like. Full frame camera on the left, crop on the right. Now you see the difference between the two types of cameras. Left is the 50mm lens on a crop sensor camera and the one on the right is the exact same lens on a full frame camera.

The following photos are going to be examples of different lens on a crop sensor camera only.

Most DSLR cameras come with a 18-55mm kit lens. You can do a lot with this lens, the following is the same view taken with the kit lens. The following photos were taken with the crop sensor camera with a wide angle lens 8-16mm.  Using this lens at its widest point takes some knowledge of photoshop to straighten the edges. The one on the left is SOOC and the one on the right has been developed using HDR (three different exposures of the same shot) for marketing.  Both photos were taken a the largest width of this lens at 8mm. You can see in the left photo the slight curve at the edges of the photograph. The following photo was taken at the smallest range for the 8-16mm lens.  You can see the difference in the above photo and the below photo at the change of range that this lens has. You also get a good sense of what a 8mm wide angle will get you with the scene and then what 16mm will get you. So bottom line, depending on the look you are trying to achieve, this will at least give you a reference point if you are looking to expand your camera and/or lens collection. Hope this helps!

Photos can be the worst part of the listing.  I just read that terrific photos can actually turn people away because of the disappointment they experience when they actually see the property.  Good Post.

Melissa - Thanks for the valuable information on camera lens choices for real estate.

I'm going to take you camera shopping with me next time I go.  Perhaps an on line trip.  I want to step up my camera game.

Pictures sell houses, if the photos are great..rarely will they schedule an appointment. Easy to see which one's people would want to tour based on the photos.

I'm so happy I got your input.  I love my new camera and lens and am looking forward to a vacation of new photos

I'm with Tammy Lankford, - I need you to SHOW me in person!  LOL I love seeing the differences in the lenses, Melissa McKinney!

Debe Maxwell I actually just talked with Melissa and made a camera and lens decision.  I love what I ended up with.  Nikon d610 full frame camera with a 18mm to 35mm full frame lens.   Amazing what it will capture without any distortion.

I like good pictures, but I don't like the ones that look like post cards and nothing like the real property when you get there. They are so over processed that you cannot tell what the home really looks like. I've never heard of a crop sensor camera. But hey, I'm no photographer. Just love good pics!!! :) Thanks for the lesson! Happy New Year, sweet friend!! 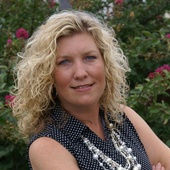