Natick, MA - June 23, 2015 - The consistent spring weather helped to propel the New England housing market forward in May. Month-over-month, home sales were up 29.2% over April's numbers, and year-over-year, home sales increased by 0.5% in the region with 14,960 recorded sales.

Across New England, median prices were on the incline in every state in the region, except Massachusetts, showing modest price appreciation over May 2014's figures. On average, home prices rose 3.4% year-over-year. Most notably, Rhode Island experienced an 8.3% increase over May 2014's numbers and 13.8% increase month-over-month. Pending sales were also up 15.2% year-over-year and 12.6% over April 2015's numbers. 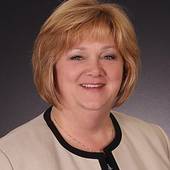 Real Estate Sales and Marketing about 4 years ago
bookmark_border
There is a Patriots game at 1pm Sunday. Why does ...
View more Recent Posts   arrow_forwards