Home > Blogs > Joseph O'Saben > Joseph's Blog
bookmark_borderbookmark
High 96  Low 78  Chance of Storms
"Your future depends on many things,
but mostly on you." - Frank Tyger...
Al says - Leftbank: What the robber did when -
his bag was full of money...
Estonia - The U.S. will spread about 250 tanks, armored vehicles, -
and other military equipment across six former Soviet bloc -
nations to reassure NATO allies facing threats from Russia -
and terrorist groups...
Bellmont, NY - Hundreds of searchers spurred by evidence from -
a remote hunting cabin, combed through heavy woods -
Tuesday, searching for the two escaped murderers...
Margie says - One of the many things no one tells -
you about aging is that it is such a -
nice change from being young...
Powerful Storms - That pounded the Midwest shifted on Tuesday -
to the East Coast...
Pat says - Is a dog better dressed  in the summer or winter?
He's better dressed in the summer because -
in the winter he has a coat, and in the
summer he has a coat and pants ...
New Home - Construction in the Charleston region is expected to -
continue rising for the foreseeable future as more people -
and businesses move to the area...
Word for Today - panoply - \PAN-uh-plee\ - noun - 1. A wide-ranging -
impressive array or display. -
2. A complete -
suit of armor. -
3. A protective -
covering...
Dry Skin? - Try Omega-6s - Gamma-linolenic acid (GLA) is a type -
of omega-6 fatty acid that helps reduce dry skin. To get -
more through your diet, try taking a capsule of evening -
primrose or borage oil, or add a scoop of green spirulina -
to a smoothie. "Hemp seeds are also great--just sprinkle
a teaspoon on a salad or oatmeal for added benefits,"
says Slayton, who's the owner of the New York City -
nutrition-counseling firm Foodtrainers...
www.prevention.com
Thought for Today - "Delay is preferable to error."
~Thomas Jefferson
Change the World ...
Like favorite_border
favorite_border 0
Re-Blog
repeat 0
bookmark_borderbookmark 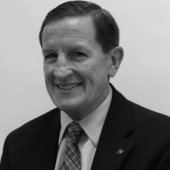