The Best Place to Live in America?

Money Magazine thinks so! In their popular “Best Places to Live” survey, McKinney has steadily moved up the bi-annual rankings in the category, “Cities with populations of 50,000 to 300,000”:

Just like local Dallas boy Jordan Spieth with his victory in the Masters golf tournament, McKinney is enjoying its reign, and hopes to repeat next time.

What is it about McKinney that has caught the attention of the Money Magazine editors, and so many others? Ranking high in a survey like this does not depend on one strength, but on many strengths across the board. The business climate and economic growth rate, the standing of the public schools, the quality and affordability of the available housing, the recreational opportunities, the safety record – all have to be above-average.

But beyond those important measurables, there is another characteristic that McKinney has in abundance: Charm. It looks and feels like America’s dream city. It has the right blend of the nostalgic (a picture-perfect historic downtown, restored Victorian houses nestled in lush green neighborhoods) and the forward-looking (growing companies in cutting-edge industries such as green energy, technology-based learning initiatives in the public schools).

Charm transcends data-points, but of course, McKinney wouldn’t be # 1 if its data weren’t spectacular. If you look at the numbers that Money Magazine offers with its list, and compare them for the top 15 cities, McKinney stands out in that elite class in a number of different metrics.

At an average age of 33.2 years, McKinney is the youngest of the 15 cities with the exception of # 8 Ames, Iowa, where this statistic is skewed by the presence of the huge Iowa State University. This does not mean that McKinney is unwelcoming to older folks – far from it! What it does mean is that young, college-educated workers from the Dallas area, from the rest of Texas, and from outside the state are locating themselves in McKinney because (1) there is an abundance of good jobs in both McKinney itself and the surrounding area, and (2) the city is an ideal and affordable location for raising a family. At 33, young married couples are getting serious about that issue, because it is around that time that many of them are first sending little ones to school, and McKinney’s public schools are the pride of the city.

The affordability is truly striking. Of Money Magazine’s top 15 cities, only one (Ames, again) comes out better than McKinney in a comparison of Cost of Living Index scores. McKinney’s score is 103, which means it is very close to the national average cost of living. So for no more than you would spend to live elsewhere, you can live in the best medium-sized city in America! It makes you think for sure.

Reasonable housing costs are a key component of that affordability. Among the top 15 cities, McKinney’s median home price of $217,875 is bettered only by Ames ($145,750) and # 11 Eagan, Minnesota ($211,600). And the quality of the houses on offer is appreciably better than those in the same price range in many American cities.

The McKinney / Irvine comparison is particularly telling. The median family income in Irvine is $112,473, only slightly more than in McKinney. But the median home will cost you $665,000! Both cities have many amenities and are great places to live, but it seems that which one you would choose, other considerations being equal, would depend on how much of your money you want to keep. Money Magazine doesn’t include the savings rate for McKinney families in its data-set – but I’ll just bet you it’s high.

The best place to live in America? Seems pretty likely! 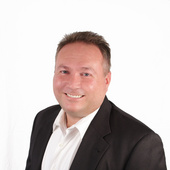