Dallas / Fair Park: Fair Park Fourth – July 4, 2015, from noon-10pm. Enjoy live music, water features and access to rides, games and concessions within the State Fair of Texas Midway, starting at noon. (Admission to Midway $5). More live music and access to food trucks will be available throughout Fair Park starting at 7pm. Free and open to the public, the family-friendly event will feature patriotic performances, “dancing water” shows at the Esplanade Fountain, entertainment, concessions, plus a spectacular fireworks show at approximately 9:45pm. Much MORE! Parking $5.

Hello Deb,  Have to love the July 4th, lots of picnics, fireworks and fun.  Have a good one.

Thanks, Will! Have a happy and safe 4th! 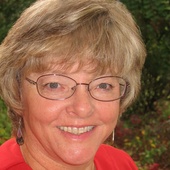