If any of you have children that play sports, then you know how often you develop relationships with the parents.  You spend a lot of time together!  My son played baseball with a talented young man when he was 11 years old.  He's 19 now, so 8 years ago.  The young guy's mother and I of course became acquainted throughout the season.  It was during that time that I had decided to pursue a real estate career, and had just finished up my coursework and testing.  The other mother was licensed in another state and wanted to also acquire her Colorado license.  We lived rather close to one another, so one day I dropped by with all of my study materials so she could prepare for her test.  No big deal...

The boys went to different teams after that season, and then off to play for different high schools.  I didn't run into the boy's mom again until several years later.  It was actually in my office.  We were both surprised!  I had made a change in brokerages, so she thought I was still at the old company.  Anyway, we both expressed how nice it was to see one another.  Then again, I didn't see her for quite awhile.  I am a mentor with my company, so I teach classes every so often in the office.  Last week this lady again showed up in my class.  It was a small class, and we all had great interaction.  Again, I really didn't think much of it.

Today I received a call from this lady.  I learned that she has had peaks and valleys, both personally and professionally.  It's not been an easy road for her.  She called and asked if we could get together.  She already has a mentor, a good one, so I wasn't sure how I could help.

Now to the point, how did this call make my day?  She told me that throughout these years I have always been with her.  That she has trusted me, and knew if she asked me for help, I would help her.   I had given a simple kindness years before by giving her some books I no longer needed.  I told her then I would always be happy to help her (even though at that time I had little clue myself).  She believed me!

They say that people can see the sincerity in your eyes.  I take great joy in helping clients fulfill their goals.  However, you don't always know if people believe you when you say it.  We do a lot things in this industry to help people, often without any monetary compensation.  Often, you wonder if these gestures are appreciated.  Well, sometimes they are!

So to you...be kind; don't be too busy to help!  You never know how much impact you may have on someone else.  Someone will call and make your day too.

Hi Angie, great post...Noting like showing some kindness to our fellow man...tks for sharing with us in Ar Land.

Angie and that is what makes you a very special person.  You are so good, I wish I knew you better thru the years.  I know you have what it takes to be the tops in the field!

Angie - I can't even tell you how many times I have helped others without any monetary compensation because I just felt it was the right thing to do. In return, I have had a couple mentors/brokers who have been amazing in helping me with my career.

I enjoyed your read tonight, and thought it had great points to share with the readers.

Troy Erickson, I too have had many help along the way.  I think maybe a phone call is in order to express my gratitude and appreciation

Will Hamm, I'm not going anywhere!  You will see me plenty!

Angie, I just got goose bumps, and you ALWAYS show your sincerity whenever you speak with someone, and they are SURE to see it.

Thank you Joan Cox, and thank you for the phone call.  Your calls ALWAYS make my day :) 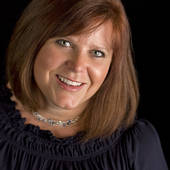