Home > Blogs > Robert Adams > LVrealestateHELP.com's Las Vegas Real Estate Blog by Robert Adams
bookmark_borderbookmark
I came across an investor talking about an article he read that was discussing vacant homes that have been sitting for years without being foreclosed on. The article mentions AB284 from Oct 2011, SB321 and AB300 that were both passed in Oct 2013. The article also discusses the more recent HOA Supreme Court Decision.

Long story short, none of the article mentioned is really "new info".

NOD's going up to 600 and some change in a month is still WAY below the burst days of 5,000 NOD's a month. I have not seen the REO's hitting the market in large enough volume to cause any major changes to the market. We would need to see a serious spike in NOD's before I would consider it a major factor that would change the market.

The robosigning bill they refer to is AB284 that was passed in Oct 2011 (almost 4 years ago). This caused REO inventory to almost disappear. At the time we had almost 15,000 available homes for sale.

The shortage of REO inventory and the increase in demand from hedge funds caused the inventory levels to plummet. These 2 factors is why Vegas saw 30% appreciation throughout 2012-2013. In Apr of 2013 we were down to only 3,000 available properties for sale. This caused crazy bidding wars, overpaying of properties, and hyper-appreciation.

For these reasons people were demanding AB284 to be amended so the the banks would foreclose and add the much needed inventory to the market while prices were still low and demand was through the roof.

Instead of amending AB284 and allowing that to happen, it is my opinion that the new home builder lobbyist played a major role in getting the "Homeonwer Bill of Rights" SB321 passed along with AB300 being passed at the same time they amended AB284. So any benefit that would have happened as as result of amending AB284 was instantly canceled out by the 2 new bills being passed.

The new home builders loved this because it helped keep inventory artificially low so they could build new home communities which is still going on today. If they would have released all of the default homes on the market there would be slim to no new home communities.

In today's current market we are pretty balanced. People are no longer over paying for homes. Often times you can get MLS deals for just below appraisal value. Our inventory levels are much more balanced as well and almost right in the middle of the 15,000 homes that were available in 2011 in  buyer's market and the lows of 2013 when we had 3,000 homes in a hot sellers market.

The HOA decision supported the HOA's stating they could foreclose and not have to pay off the deed of trust. This is a huge game changer that made some investors millionaires over night. However, the decision is being appealed and may be overturned. The time to buy HOA foreclosure was when they were going for 30 cents on the dollar. Since the decision and it became common knowledge investor now bid up these properties until the risk is no longer worth the minimal discount you will receive. If you pay 80-90 cents on the dollar for these HOA properties and then the decision gets over turns and now you have to pay off the deed of trust your investment will have lost you a ton of money. not to mention all of the other risk you assume about the quite title action being completed properly etc.

So to recap a little, are there a ton of empty homes that still need to be foreclosed on? Yes. Are they hitting the market in great abundance? No. Do I still watch NOD's monthly to see if any changes are coming down the pipeline? Yes. Am I concerned with REO flooding the market in the near future? No. Is there still all kinds of red tape for lenders to go through before they can foreclose even after AB284 being amended? Yes. Are HOA properties HIGH risk? Yes. Are the HOA properties good deals currently? No. Can the HOA decision be overturned? Yes.

Sorry for the post but I felt this one needed more detail than more posts. I hope this is helpful.

If you would like The Adams Team at Rothwell Gornt Companies to help navigate you through this ever changing market please fill out our Buyer's Form HERE or our Seller's Form HERE. 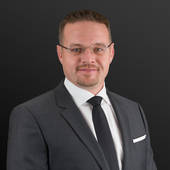