Happy 4th of July to you! I love when Holidays land on the weekends instead of the middle of the week. Long weekends, especially in the summer are the best. I hope you are enjoying the day with friends and family!

Since this day represents our country's independence and the beginning of it's own identity, nothing states our identity more than our Flag.

There are so many interesting things about our Flag from it's creation, it's changes, it's evolution. The Flag has it's own rules, how it should be displayed, folded, used on a vehicle, on a uniform and so on.

Our Flag is a symbol of pride and also honors our military and what has been lost by many to gain our freedom. Because of that symbol I thought it was a good idea to look at a few of The United States Flag Code which outlines certain guidelines for the use, display, and disposal of the flag.

For example, the flag should never be dipped to any person or thing, unless it is the ensign responding to a salute from a ship of a foreign nation. This tradition may come from the 1908 Summer Olympics in London, where countries were asked to dip their flag to King Edward VII: the American flag bearer did not. Team captain Martin Sheridan is famously quoted as saying "this flag dips to no earthly king", though the true provenance of this quotation is unclear.

The flag should never be allowed to touch the ground and, if flown at night, must be illuminated. If the edges become tattered through wear, the flag should be repaired or replaced. When a flag is so tattered that it can no longer serve as a symbol of the United States, it should be destroyed in a dignified manner, preferably by burning. The American Legion and other organizations regularly conduct flag retirement ceremonies, often on Flag Day, June 14. The Flag Code prohibits using the flag "for any advertising purpose" and also states that the flag "should not be embroidered, printed, or otherwise impressed on such articles as cushions, handkerchiefs, napkins, boxes, or anything intended to be discarded after temporary use". Both of these codes are generally ignored, almost always without comment.

Section 8, entitled Respect For Flag states in part: "The flag should never be used as wearing apparel, bedding, or drapery", and "No part of the flag should ever be used as a costume or athletic uniform". Section 3 of the Flag Code defines "the flag" as anything "by which the average person seeing the same without deliberation may believe the same to represent the flag of the United States of America".

An additional part of Section 8 Respect For Flag, that is frequently violated at sporting events is part (c) "The flag should never be carried flat or horizontally, but always aloft and free."

Although the Flag Code is U.S. federal law, there is no penalty for a private citizen or group failing to comply with the Flag Code and it is not widely enforced—indeed, punitive enforcement would conflict with the First Amendment right to freedom of speech. Passage of the proposed Flag Desecration Amendment would overrule legal precedent that has been established.

Tags:
us flag history
us flag rules
us flag etiquette

Thanks for sharing the flag rules. It is very appropriate, and not just because tomorrow is the 4th!

Shar - Thanks for the reminder on flag rules. Happy 4th of July Independence Day to you as well!

Good morning Sharon and thanks for the information. Have a great day.

Isn't that the truth Joni Staples .

Thank you John. Have a great day!

We are not home and therefore not displaying the Flag. But we usually do and it gives me such pride to see lots of flags in a neighborhood.

Hi Shar, that's all interesting, especially the Flag Code.  May you and your family have a very happy and safe 4th of July! 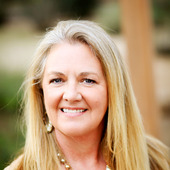