After so many 4th of July celebrations over the years I thought I’d do a little research about it. I was curious, do I remember what this holiday is actually about?

Here’s a few things I discovered...

King George III issued a proclamation of Rebellion in August of 1775 and denounced the promoters of a desperate conspiracy to brainwash his people of America. The Second Continental Congress sent King George an Olive Branch Petition asking him to reverse his policies on July 8, 1775.

Independence Day, the 4th of July, commemorates our declared independence from Great Britain. The Second Continental Congress declared independence on July 2, 1776. A committee of Five with Thomas Jefferson the key contributor had begun work on the declaration document about a year before. After the July 2nd vote it was debated, revised, and approved July 4, 1776.

George Washington gave his troops a double ration of rum on July 4, 1778.

Independence Day is not a celebration (per say) that we won the Revolutionary War. It’s a celebration we declared our independence and our founders did their due diligence to accomplish it in a respectful and legal way.

The oldest continuous Independence Day celebration, since 1785, is held every year in Bristol, Rhode Island. The tradition of 13 gunshots fired was also started here in Bristol on the 4th of July in 1777 with 13 shots fired in the morning, then 13 shots fired that evening.

In 2013 the annual fireworks industry revenue was reported to be $940 million.

Estimated injuries from fireworks are 74% male, 26% female and 40% of all injuries are to kids 14 years old or younger. 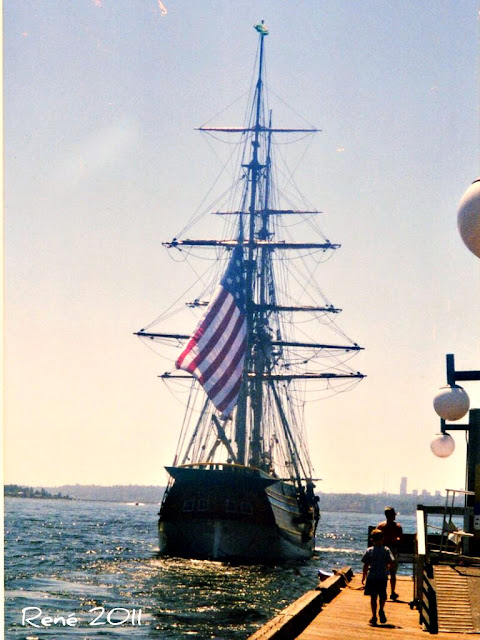 John Adams and Thomas Jefferson were the only 2 signers of the Declaration that got elected President. They both died on the same day, July 4, 1826. James Monroe, a founding father, did not sign the declaration, but he was president and died on July 4, 1831. Calvin Coolidge, our 30th President, was born on the 4th of July in 1872.

When we were kids the 4th was less about fireworks and more about a 4th of July parade and being at a picnic at the park, lake or river and spending the day outdoors with neighbors, friends, and family swimming and playing baseball and having an endless supply of awesome eats all day long with live music. I remember it was important that we wait at least 30 minutes after we ate to go back in the water so we wouldn’t get the bends!

This will be one of the driest 4th of July holidays I can remember on the westside of the Cascades for at least 2 decades. Though fireworks are banned within the city limits of Renton, along with several other cities in King County including Seattle, I pray you locals with a very independent exuberance for the patriotic celebration don’t forget it is also ‘our’  independence. Please don’t blow sh*t up everywhere like you tend to do every year and notice driving along the roads this year, they’re mostly lined with tall really super dry grass.

Have a wonderful 4th of July Holiday weekend everyone. Be safe (if not sane) and enjoy.

Thanks for sharing so much about July 4 Rene! I saw wonderful fireworks last night on the rooftop of an apartment in Washington Heights - we saw both the East and Hudson rivers - from Brooklyn to Tarrytown - North, South, East and West and were reminded that this is where the War of Independence was centered!

I'm glad I found this post via Kathy Streib today.  Thanks for the history lesson and the refresher course on our history.

I am glad that I didnt miss this post, thanks to Kathy's weekly summary!  Thanks for sharing!

It's no surprise to me that he overwhelming majority of fireworks injuries involve men.

Tammy Lankford ... I was actually kind of shocked when I watched the video you shared. Especially some of those that were old enough to know better! But all the same, it seems this is one date we should know! :0)

Thanks Joe Petrowsky ... I hope you and yours had a great 4th and continue to enjoy the weekend!

Michael Dagner ... Thanks... The Lady Washington is a beautiful ship.

Pamela Seley, REALTOR® ... You too, hope you had a great 4th and enjoy the rest of the holiday weekend.

Kathy Streib ... Thanks for the feature! Love your series and appreciate being included!

Roger D. Mucci ... Suffice it to say, after chasing down several cyber rabbit holes it could have turned out to be a book :O) ... But it was fun to refresh my memory of a few things and discover some new one's too!

Doug Dawes Indeed, we should know something of the documents and the people that set us on this course like no other journey in history.

Hi Debbie Gartner ... I loved stumbling onto the "rum" story! Washington and his troops were in pretty poor shape that day. Not much to celebrate then, it was more about worry and how it was all going to turn out.

Joanna Cohlan ... Oh my, what a wonderful view that must have been and to think of doing so from such an historic location!

Hi John McCormack ... Thanks! Hope you and Debbie had a great 4th and enjoy the rest of the holiday weekend!!

Kristin Johnston, Waukesha Realtor 414-254-6647 ... Thanks for stopping by. Kathy's weekly is a great series and I'm honored to participate this week. I have discovered a lot of talent through her shares.

Nicole Doty - Gilbert Real Estate Expert ... :O) I have to agree, I wasn't surprised at that statistic either.

Thanks for the history lesson Rene! I always enjoy reading those tidbits.

I certainly hope people were sane last night, but do feel a bit concerned this morning. I can smell smoke in the air, and the sunshine has a slightly orange quality. From what I can find on the Spokane news websites it looks like no new fires this morning... so hopefully its blowing in from some distance - from fires that will soon be extinguished.

Hi Marte Cliff ... It was mostly, relatively quiet... I did see a big house fire in Puyallup driving home last night. It is scary this year. I've never seen it so dry on the 4th for many many years.

Rene - Nor have I. Even the meadows are starting to turn yellow already. We've had a couple of straight weeks with temps in the high 90's, and that doesn't usually happen until late July or early August.

Rene Fabre - wow! So much that I learned from your post about 4th July. Thanks for sharing.

I did know some of the facts, and must confess that of the signers being only 2 that were Presidents, I just saw that on the history channel

Marte Cliff I forgot you were in Priest River that's beautiful country! My daughter lives in Post Falls. Indeed, it is super dry already this year!

Thanks Joan Whitebook ...  I did and I hope you did also. It was a great weekend.

Praful Thakkar Thank you! I hope you had a great holiday!