When the Fairview Place Historic District in Encanto Area Phoenix began being developed in the early 1920s this area was outside of the city limits and thus the birth of a suburb.  The Fairview Place was marketed as a social and business asset.  The homes being built represented a number of different architectural styles such as the Transitional Ranch, Tudor, Southwest, and English Stone Cottage to name just a few.  Because of the homes being close to downtown Phoenix and were being purchased by the middle class they were cozy and unpretentious and ranged in size from 900 to 1,400 sq.ft. thus they continued to be built into the World War II era.

The Fairview Place Historic District in Encanto Area Phoenix is a small area but it offers a unique opportunity for one who has a smaller budget but would like to participate in the restoration process.

The Fairview Place is one that affords the opportunity to those whose budget is smaller but they wish to own a home in one of the popular historic districts of the Encanto.  You are not paying up for the name and even though your budget is smaller so are the homes.  Be prepared, most of these homes only come with one bathroom.  If you elect to add a bathroom you will get a higher price for your home when you decide to sell it if the bathroom reflects the style of that period.  If you add a bathroom and design it so it looks as if it is out of a model home, I assure you that you will be incurring price reductions to your asking price.  Mixing different architectural styles can often lead to confusion for the next buyer.

To see the homes that are avaiable for purchase, click here. Sure looks like Fairview Place is a community buyers need to check out prior to making a final home choice!

Some folks want the mature trees, lots of grass, and close to downtown.  If one is not comfortable with older homes then this area should be crossed off of the list.  Just for the record, very envious of you being up in Denver, love the area.  Have a nice weekend. 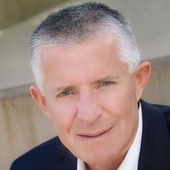