Celebrating Independence Day with the Dallas Winds was spectacular!   The Grand Lobby of the Mortin H. Meyerson Symphony Center became a Fourth of July picnic with hot dogs, ice cream and beverages.  Patrons had an opportunity to visit with friends prior to Fanfare.  Fifteen minutes prior to curtain,  people gathered to hear "The Forging of Mjölnir," led by Nicholas Williams,  Conductor of the Greater Dallas Youth Orchestra (GDYO) and guest Conductor of the Dallas Wind Symphony.  Nicholas Williams' Bio is impressive to say the least. We were fortunate to stand to his right, as he worked his magic.

Kim Campbell, founder and Executive Director of the Dallas Wind Symphony, was dressed for the holiday, with his red, white and blue tie, boutonniere and socks!

Jeffrey Gershman, Director of Wind Ensembles and Associate Professor of Music at the Capital University Conservatory of Music,  was literally beaming with pride at the opportunity to conduct the Dallas Winds. He did an extraordinary job of providing the audience with a snapshot of patriotic music from 1776 to 2013. From "Yankee Doodle" to "America the Beautiful" the audience was engaged with the Winds.  Red white and Blue streamers fell from the ceiling of the Meyerson, as the audience waived flags to "America the Beautiful."

Add this event on your 2016 Calendar! You'll be glad that you did!

Good Sunday morning Sharon. It's good to hear that your holiday in Dallas was good.

Hi Sharon.  It looks the Dallas Winds hit the spot.  Glad you enjoyed it.

Good morning, Sharon Parisi sounds like you had a fabulous 4th....

Good Morning, sounds like a very well put together music event that was enjoyed by all.

Michael, this is a popular indoor event on a hot and humid Dallas summer day.

Nina, the Dallas Arts District music venues were a popular place to be yesterday.

Chris and Dick, this is an annual event for many Dallas families, for that reason.

Barbara Todaro celebrating with the music of America's most patriotic composers made the Fourth of July complete!

We did NOTHING..well we did drive over to the college with the little grandkids an watched the 30 minute fireworks display...

Sussie Sutton Doing nothing is a luxury.  Fireworks with the grandkids is the best! The two hour concert was my big outing.

Hi Sharon.  It sounds and looks like you had a fabulous 4th of July.

Sharon glad you were able to go and have fun...Diane and I stayed at home protecting our animal farm from the local fireworks....and watched DC & NYC fireworks and shows....Endre

Gabe, it was  the perfect Fourth of July. I hope yours was spectacular!

Endre Barath, Jr. Watching fireworks on TV is the best: no crowds, AC and lots of good food.  Protecting our furry friends is important, especially on Independence Day.  I watched fireworks from home as well.  The concert was in the afternoon.

Sounds like lots of fun! We enjoyed our favorite local display and as usual it did not disappoint!

I hope this was a great time I wish everybody continues a great summer all across the US and beyond!

I'm sure it was a lot of. fun for quite a few people! Love and light as always! 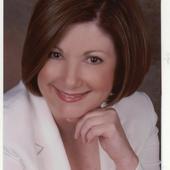