Realtor.com’s report found that a 4 percent month-over-month increase in supply and demand for housing helped home sales maintain their spring momentum into the June. The “advance read” report covers residential supply and demand trends during the first three weeks of each month as

“Factors lending themselves to the market’s upswing are the psychological effect of recently increased mortgage rates as well as the specter of the Fed raising interest rates later this year,” Realtor.com Chief Economist Jonathan Smoke said. “Although demand has been strong all year, in June we’re finally beginning to see an uptick in supply as sellers become more confident about home prices.”

The increasing number of first-time homebuyers is another factor driving up the demand for housing, according to Realtor.com. Many of those first-time buyers are millennials who have been sidelined by the challenging market conditions; Realtor.com reported in a survey of site visitors in June that 65 percent of older millennials (those ages 25 to 34) stated their intention to purchase a home within three months – a year-over-year increase of 12 percent. 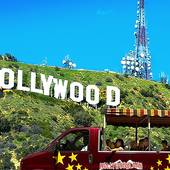