I’m on my way back to the south end via Montlake Boulevard from the University Village. At Husky Stadium the traffic stops. It’s 12:30 pm and the Montlake Bridge is up to let a few sailboats pass along the Washington Ship Canal to Lake Washington.

This old bascule bridge spans the Montlake Cut and it’s the most easterly draw bridge of 4 along the ship canal that connects Puget Sound via Lake Union to Lake Washington. The bridge opened in 1925 and was designed by Carl Gould, one of the early architects of the University of Washington. 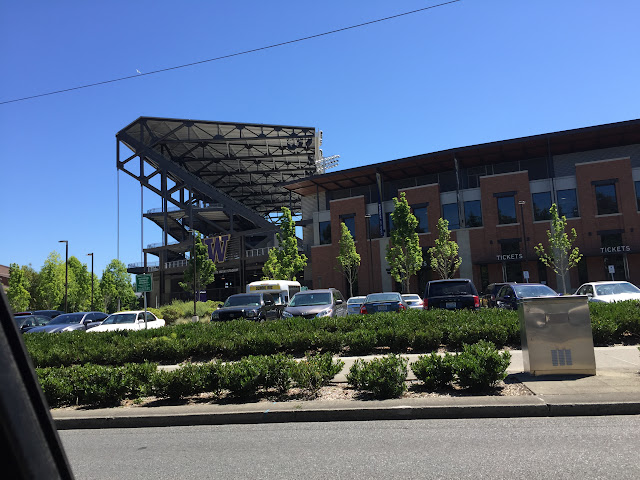 The latest stats I can find say about 40,000 vehicles cross the bridge every day... Timing is everything however! If there’s a Husky game at the stadium or it’s the opening day of boating season, forget about it!

None the less, I love this route through Montlake. It’s a beautiful old upscale Seattle neighborhood and many of its homes on quiet streets were built between 1910 and 1930. Some of the most beautiful inner city views are from here. 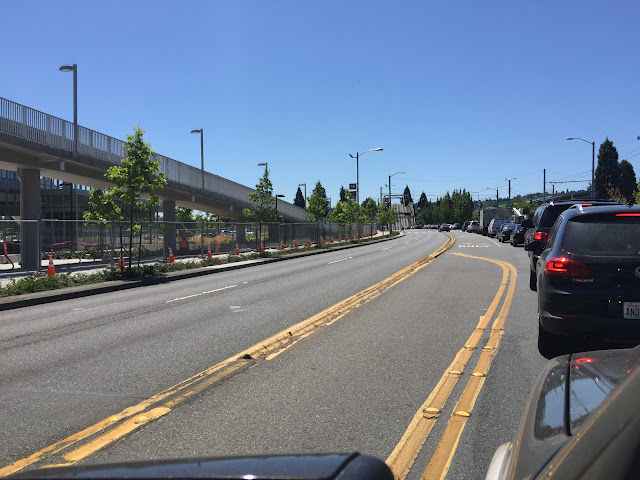 The Montlake Bridge doesn’t open during the morning or afternoon rush hour commute traffic but it’s just after noon this July 1st and summertime and boating season are well underway. As I’m stopped out front of Husky Stadium I think about the amazing history here. As far back as 1854 there were conversations to connect Lake Washington with Puget Sound.

We’re a seaport town after all and early transportation was a lot about travel by water. The Army Corps of Engineers began planning the canal in 1891, work began in 1906, the project was well underway in 1911 and finally completed in 1934 connecting Capitol Hill and Montlake with the University District. 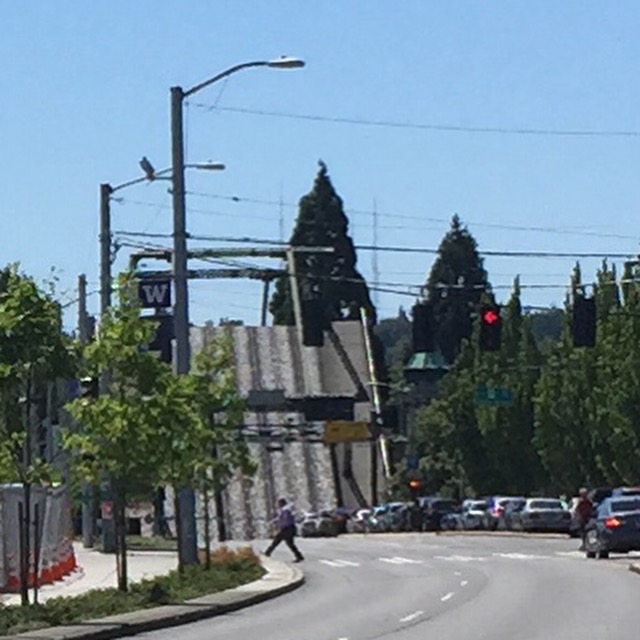 The Montlake Bridge is a registered historic site and the epicenter of nautical life in the Pacific Northwest come opening day of boating season. This event, sponsored by the Seattle Yacht Club, happens on the first Saturday in May and traditionally begins with a canon blast and the raising of the bridge. It’s the largest regional celebration of its kind in the nation and home of the Windermere Cup.

H Rene - Mary and I have always been very fond of the Lake Union area, and usually wind up at a restaurant or two there when we visit.

No draw bridges near me. And that traffic count made me go look up the major highway near me and see how many cars might cross a bridge near my office.  The dated number was aprroximately 30,000  I was a little surprised it was that high.

Rene, I do love Seattle, and the water is the best part of it.   Should be there for Thanksgiving.

Rene, Thanks for sharing. That brings back many memories for me. I have traveled that route many a times in my younger days.

Dick Greenberg ... Some of Seatte's best restaurants are located on and around Lake Union! I like Canlis, Duke's Chowder House, McCormick & Schmick's Harborside, and Daniel's Broiler....

Hi Tammy Lankford ... That's one thing we have a lot of around here, bridges! Though most of them nowadays are not draw bridges...

Hi Pat Patricia Kennedy ... If you make it up here around Thanksgiving let me know. We'll get a hold of Charles Buell and other's and plan a get together. Would love to see you again!

Donald Hester Thanks! Getting around Seattle these days is a lot better if you know the 'old' ways about town...

Rene, this makes me want to tell you about a book that's nonfiction called The Boys in the Boat, about a Seattle rowing team that went to the Olympics during the Nazi era. It is a WONDERFUL BOOK  and I think you would love it!