Let’s face it - failure is inevitable. At some point in your life, you will fail.

It could be something small, like the time you missed a reasonably easy shot in a game of basketball, and then the other team won. Or it could be something big, like the time you botched a final exam and had to retake the course over the summer.

But failure isn’t always a bad thing. There are plenty of missteps that have turned into major wins. After being fired by a newspaper editor, Walt Disney created what became an empire designed to capture the imaginations of children. And Vera Wang was rejected from both the U.S. Olympic team and an editor-in-chief position at Vogue before launching a billion dollar wedding gown design business.

What it all comes down to is how you handle and react to failure. If you treat it as a learning experience, you’ll become unstoppable.

Have there been any road bumps in your life or business that turned out to be the best thing that could have happened to you?

I can't think of a single successful self-made man (or woman!) that I know of who didn't have a hefty dose of failure to teach them and push them to the next level. A great reminder!

I totally agree, Paul. Failure can always be helpful, but only if we learn from it.

This goes along with they saying, "What doesn't kill you makes you strong".  It's always good to remember what we've learned.  And, if we do that, we really haven't failed, have we?

Exactly, Pamela.  Making a mistake is never a failure if we've learned a lesson from it.

Good morning Randy Elliott , How else do we learn, if we don't have mistakes to learn from along the way?

Randy Elliott - There are so many people I would not know if it wasn't for failure. Someone we can all relate to was Steve Jobs. I wish he didn't have to leave this planet. Through failure there is a strong motivation to succeed and inspire others. People who have done this are truly an inspiration. Randy, just reading your blog post this morning has been encouraging to me. Thank you! 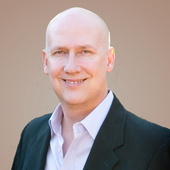