On behalf of our team of dedicated professionals at Jackson Hole Real Estate Associates, we are pleased to present the 2015 mid-year comprehensive market report for the Jackson Hole area. The Jackson Hole real estate market continues with vigorous momentum. Summertime in Jackson Hole brings a plethora of new inventory to the market and despite this growth, supply is still not able to keep up with demand, and the shortage of inventory continues. With inventory levels very low and notable price increases in all segments, the market appears to be robustly positioned for continued growth.

Vacant Land Segment: The vacant land segment largely recuperated from the economic downturn and showed solid gains in the first half of 2015, with transactions up 18%. As with all other segments of the market, the vacant land segment experienced an upward shift in price level distribution, which pushed the average sale price up 15%, and the total dollar volume up nearly 48%. The number of vacant land transactions under $500,000 dropped 20% while the number of transactions over $1 million increased over 40%. In fact, there were 3 sales in the over $5 million segment. Teton Village experienced the majority of land sales spurred by the popularity of the Shooting Star development. The active inventory for vacant land decreased 15% when compared to the same time last year, and there is currently about 16 months’ worth of inventory on the market. .

* The statistics used in this report are from the Teton Multiple Listing Service (MLS) and JHREA’s internal database.

* This report does not go into detail on every segment of the market, but is intended to offer an overview of general market conditions.

*All statistics are supplied by sources that have been deemed reliable but are not guaranteed.

Graham - Thanks for the very valuable 2015 mid year market report in JHREA.

Hi Graham, its always interesting to hear what's happening in other markets. Sounds like things are well in Jackson Hole! 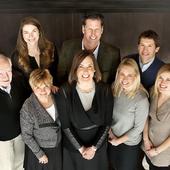