•       The Wilds Bend, LLC will open a co-working space for artists and creatives on Bend's west side. It will also offer meeting space, art classes, workshops, and exhibitions. Cascade Business News, 6/17/2015

•      Gerber Gear, a knife, tool, and outdoor gear manufacturer in Tigard, will add about 20 to 30 workers over the next year after receiving tax incentives for joining the city's Enterprise Zone. The Times, 7/9/2015

•       Cascade Record Pressing, the first record pressing plant in the Northwest, opened in Milwaukie. The Oregonian, 7/8/2015

•       Eight Three One, a café, opened on the campus of Oregon College of Art and Craft in southwest Portland. Beaverton Valley Times, 6/24/2015

•       King Estate Winery will open a second winery in Cottage Grove in time for the 2017 harvest. Hiring should begin over the next few months. The Register-Guard, 6/17/2015

•      The Oregon Health Authority will lay off 31 people and reduce its contract staff by 350 positions over the next two years as part of a reorganization. It will affect employees based in Salem and Portland. The Oregonian, 7/8/2015

If you plan on relocating to Oregon, we've got you covered for your title and escrow needs. We also have title and escrow professionals who are highly skilled at commercial and business transactions. 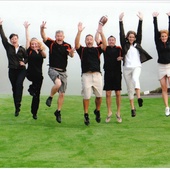