Picture this: you’ve finally found the exact home your clients dreamed about. It’s a six-bedroom worth $1.3 million in the suburbs of New Jersey. The deal goes smoothly, and the couple and their children are finally moved into their new home and as happy as ever.

But wait . . . there is just one minor thing that comes up. The family receives a handwritten letter from someone. The person who wrote the letter calls themselves the “Watcher.” The letter contains ominous passages, but the entirety of the letter states that the home belongs to them, and they will take back what was theirs. No, this is not a scene from a terrifying horror movie. This recently happened to a family in Westfield, New Jersey. The unknown person left a letter stating, “My grandfather watched the house in the 1920s and my father watched in the 1960s. It is now my time.” The “Watcher” shares their position on who is really in charge of the home, “I have been put in charge of watching and waiting for its second coming.’”

The “Watcher” has been identified as possibly being a woman through police examining the letters for DNA. The same female DNA was found on all three letters. She then asks about the children, “Have they found what is in the walls yet? In time they will . . . I am pleased to know your names now and the name of the young blood you have brought to me.” She goes on, “Who has the bedrooms facing the street? I’ll know as soon as you move in. It will help me to know who is in which bedroom then I can plan better.”

This poor family has refused to live in the home after receiving the three letters from the “Watcher.” They are now furious with the previous owners, who even knew about the strange occurrences, and sold them the home anyway.

These letters are every family’s nightmare, and the new owners did the right the right thing by leaving the home. But what about the real estate agent? There are many things that you need to disclose about a home, and these terrifying letters should have been disclosed to the family moving in.There hasn’t been much mention of the agent who sold the family on the Westfield home. How would you feel if you were one of the agents involved in selling this home to this family? That is scary, first thing I would have done is install some cameras get whoever leaves the notes on tape.

If I was the buyers agent, not much I could do unless I was informed of it, then I would have passed on the information.

The listing agent, again unless the homeowners disclosed that information to him how was he supposed to know. If the owners did mention it, since it did or would have effected the buyers view/price opinion of the home it should have been disclosed.

1) thats why we have insurance. we cant know everything that happens in or to a house or a neighborhood. 2) i feel for folks in this situation. Is everything solved in this country with a law suit? 3) do the previous home owners not care about the next people? If i was the agent on either side, i would listen. But there is little you can do except listen

Jaime - I'm really not sure what I would have done in this situation, both as the buyers agent and the listing agent.

However, this does sound like a story that can be made into a creepy movie.

Actually, I recently read an article online saying that a few studios are actually considering turning the story into a movie!

I would definately tell all prospective parties.  That is terrible 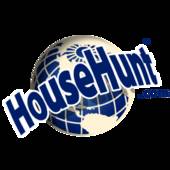