As a Realtor, we need to get a new vehicle now and then. We were in the market for a new vehicle and the dealer wouldn't give us anywhere near the blue book value of our car. What do you do?

So we took some photos of the good AND bad and using the E-bay tools put together what we thought was a pretty nice ad.

And low and behold, we had a bidder who "bought it now"!

We contacted the bidder who answered back making the arrangements for the exchange of money for the vehicle. They were sending a service to pick up the vehicle. In the meantime, I checked out the Buyers profile.........

There is a strange phenomena on E-bay, Buyers can give the Seller low marks, but there really isn't a way for a Seller to give the Buyer a low mark. All Seller reviews are listed as positive, hence when you look at an overview of the Buyer everything looks peachy keen. BUT, get into the body of it and you can read what the Sellers wrote. Especially be aware of the positive Seller review which begins with "THIS IS A NEGATIVE COMMENT"! When you see a couple of those (or lots as the case may be), you have a tendency to change the way you are going to do business with this Buyer.

Here is a suggestion that I now strongly recommend. Originally, I was willing to accept Paypal as payment. During this experience, I learned something. Low life's will pay with a credit card through Paypal then tell the CC company that there is a problem. The credit card company will then charge back Paypal and you do not get your money. Seller comments about this Buyer indicated that several, not one or two, had been swindled out of their vehicles this way.

Now armed with this knowledge, I wrote the Buyer and stated that since such comments were made on their account, I would require a wire transfer. I told them they or their agent could inspect and test drive the vehicle before the transfer was made.

Do you believe that this Buyer suddenly disappeared???? He wouldn't answer my e-mails and his car service never came to pick up the vehicle!

E-bay charged me about $20 for placing the ad.

No worries, I relisted it, taking even better pictures and being very clear about my terms. Cash or wire transfer after an inspection to satisfy the Buyer. I was much wiser now.

Ah! Another offer meeting my reserve after only 4 hours! I figured that would pretty much be the selling price because is was very near blue book value. So I sat around for the next six and a half days waiting for the auction to conclude.

Needless to say, once we had that bid we parked the vehicle so it NOTHING would happen to it. It was tough with just one vehicle for that 6 days, but in our minds it was worth it knowing the vehicle was sold and we would soon have a shiny new Subaru in our parking space.

Once the Auction was over, I wrote the buyer reminding them that a $500. deposit, for which I would accept Paypal was due within 48 hours. I also asked when he thought he would pick it up.

Of course I checked out this buyers profile. He had joined Ebay 2 weeks ago and this was his first transaction. It was 24 hours and no money, no response. I wrote him again reminding him that his bid was a contract. Still no response.

I filled the necessary E-bay report. Ebay charged me another 20 some dollars.

We started driving the vehicle again and did NOT re-ist it.

Let me give you a tip, if you are going to trade in / sell a vehicle, do it BEFORE it hits 150,000 miles. That number seems to drastically reduce the value of the vehicle.

So something good did come out of all this. Because the vehicle did not sell, it made us rethink our purchase. We are now waiting until the 2016 model comes out. It has some new features that DH just loves!

Kathy Denworth These scammers have made a full time occupation at trying to steal from the unsuspecting. Whether the web platform is Ebay, Craigs' List, etc. always, always ALWAYS have the cleared funds in hand at the exact amount and verify who you are dealing with in the transaction. Too bad you had this experience and you are not alone. Glad you were acutely aware of your exposure and remedied it.

Anytime they say they will send a "private service", be ready to get scammed. That is practically the first line in the scammer script.  It's true people from out of the area may want to purchase a vehicle on eBay, but it's usually for the purchase of a unique auto like a classic that is restored, etc. Even then, they will use a reliable (i.e. known and verifiable) transport company and they will transfer funds in a timely manner. It's way too easy to get scammed. You're better off selling it locally. Then you meet them at the bank and get cash in hand before you sign the title over.

Kathy, eBay has been a fun place to rid myself of what I call junk. There seems to be a buyer out there for anything. I have never sold or bought a car, plane or boat from the site although I do peruse them. About 2 or 3 years ago I saw the shift to Buyers come about and it's just not as fun as it once was. Your insight and experience taught me what I've long expected and reinforced the thought.

Like
Jeanne Gregory
RE/MAX Southwest - Sugar Land, TX
The most important home I sell is YOURS!

Ebay, Craigslist, or any other on-line site used to buy and sell are always going to be filled with scammers. You did a great job in researching and weeding them out so as not to get taken advantage of. I know a guy who buys vehicles on ebay because he runs a salvage yard and he gets really good deals by purchasing whole used vehicles then breaks them down for parts.

Nicole, ours would be great for that. Everything works except the a couple of AC vents. All electronics work great including the sun roof. No leaks etc. She has benn a good Vehicle.

There are some things the Internet isn't good for . . . buying things that REQUIRE the tactile.  Homes and cars, to name a few.  Sorry you had the experience, but lessons learned. 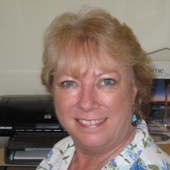