With summer now in full swing, the Bay Area’s luxury market is as hot as the weather. Several Coldwell Banker Previews International® luxury market reports have come out over the past week, and nearly all are pointing to a robust housing market – especially in the high-end.

In order of strength, here’s a brief summary of the local luxury markets:

East Bay – This region is red hot. Buyers are crossing the bridges from San Francisco and Silicon Valley in search of more affordability, and it’s fueling a sizzling luxury market. Sales of million dollar homes in the East Bay soared 53% in June from the same month last year. And the upper end of the luxury market was even stronger with a 59% jump in $2 million and above sales. There was also a 25% increase in $3 million sales.

San Francisco – The City saw a 24.6% boost in luxury sales over $2 million with 243 homes selling over that threshold in the second quarter of the year compared to 195 during the same months a year ago. There were also 96 sales over $3 million, up from 78 a year ago, and 45 sales over $4 million, up sharply from the 33 sales at that level last year.

Marin County – Luxury home sales in Marin ($1.5 million and above) edged 2.6 percent higher in June versus June 2015 with 79 sales at that level last month. Marin’s luxury market remains very healthy, but the market may be more challenged by inventory shortages than some others around the Bay.

Certainly all this is good news for home sellers and those thinking about putting their homes on the market. But there are some positives for buyers as well, as we see inventory ever so gradually inching up in many of our local markets. As more homes come on the market later this summer and after Labor Day it will help us move a little more towards a more balanced housing market, and that’s good news for everyone!

Below is a market-by-market report from our local San Francisco Bay Area offices:

North Bay – There seems to be a summer slowdown happening, according to our Santa Rosa Bicentennial office manager. Many agents have seen a decrease in current closings, but are seeing activity begin to pick back up. Pricing remains stable to slightly upward from last month. This slowdown is being attributed to the onset of summer and vacation schedules. The number of units sold is relatively flat when compared to this time last year. This has been somewhat of a surprise as many forecasters predicted an increase in inventory and sales following the historically low numbers of 2014. Out of area purchasers are still very active in the high-end market. Many people are buying second homes in the wine country. Our Santa Rosa Mission manager also says Previews category property sales remain strong and are outpacing the overall market. Our office closed one for $11 million this week along with new three sales over $2M each.

San Francisco – The San Francisco market is remarkable, fueled by the even more remarkable energy of the SF economy, our Lakeside office manager says.  More sellers have responded to the higher prices and yet demand continues to outpace supply. Our Lombard office manager reports an overall slowdown over the last two weeks. Many agents are on vacation and there are reports of lower Open and Broker traffic, the number of disclosure packets, and the number of offers. Perhaps there is some price fatigue. Of course there are a number of exceptions: 7-10 offers, selling at 130+% of asking. There are even a few price reductions and withdrawals coming back after Labor Day. Our Market Street office manager says the summer slowdown is in full swing.   As a result, agents are seeing less frothiness in the market.   While there still are far too few available listings, some properties struggle to get an offer.  Still, desirable properties continue to receive multiple offers (as many as six during this period), and open houses are well attended.

SF Peninsula – Sales activity has picked up in the Burlingame area, and there seems to be a real return to the market this week. Our local manager hopes this is a good sign as we finish up the summer selling season and go into the fall market after Labor Day. There has been more inventory coming each week. There are 31 active listings in Hillsborough, which is an increase over the last report. There are also several active buyers in the $5 million to $10 million plus price range. Some very attractive listings have been coming on the market in the $5-8 million range, which also has an active buyers group. The more expensive mid Peninsula cities are seeing less competition among buyers, according to our Menlo Park manager. Days on market are creeping up.  However, the entry-level markets of Redwood City and San Carlos continue to be stunningly steady. Investors are now seeking the ‘less desirable’ areas of all cities, she says.  The unincorporated areas of Menlo Park and Redwood City by the freeway are now seeing price jumps as investors move in – as it is the last bastion of ‘reasonable’ deals. There’s definitely still a lack of inventory, our Redwood City-San Carlos manager reports. Open houses are extremely well attended and sale prices are consistently well over list price. This means lots of frustration for both agents and buyers. Even with the summer vacations, the San Mateo area market is very active. Agents are seeing large down payments and many quick cash sales and closes. Woodside and Portola Valley are a bit quiet.  There are some good listings that are very saleable.  Buyers are coming to open houses in good numbers and will buy. There is some bubble talk but no one in this area sees any compelling evidence of a bubble.

East Bay – Still low inventory in Berkeley to go along with low interest rates. The Berkeley market typically slows down in July but it seems it only slowed down for the first two weeks. Buyers are back from vacation and very motivated. Open houses are still heavily attended. One of our Berkeley listings had more than 190 groups through. Many buyers are from San Francisco and Marin. Although prices have increased, Berkeley is still a more affordable option than the surrounding cities. The Lamorinda market is experiencing a fast-paced summer thus far. Quite a few new listings lasting a little over a week before offers start coming in.  Multiple offers are being seen in the $1.3 to $1.5 million range.

Silicon Valley – Typically Los Gatos sees a slowdown in the summer months. But our local manager says that due to the low inventory activity remains strong and hectic.  Seasonal low inventory, reports our Palo Alto manager. But there’s a wide range of new listings from Millbrae to Los Gatos, he says. Sales have been steady and strong in the San Jose Almaden area with a lot of multiple offers but not going too far over list price.  The challenge for buyers is still inventory being lower than last year. In Almaden 56% of the properties for sale are in contract, 50% in Blossom Valley and 52.5% in Cambrian. Our San Jose Main manager says the local market is starting to see a slight increase in inventory as the busy summer schedule for buyers are keeping them away from making offers.  Closed sales are still strong as these deals went into contract 45-60 days ago.  Pending sales are slowing up, thus inventory is beginning to rise.  Inventory numbers are still much lower compared to a year ago and in most cases it is a sellers’ market.  Buyers however know when there is a good deal and those homes priced right are still getting a lot of attention.  Interest rates are still very competitive and the overall market should remain strong.  The post Fourth of July holiday weekend brought a substantial increase in new active listing inventory for the local Willow Glen and surrounding areas. Willow Glen hit a high of 81 active listings this past week ­– a new high water mark. Many sellers were waiting for the post-holiday weekend to list new properties. It’s a great time to get buyers out shopping again with all the new product on the market. Agents will be monitoring absorption rates of all this new listing inventory in the coming weeks.

South County – Throughout the year agents in South County (along with almost all other Bay Area communities) have lamented about the lack of inventory.  At this point, however, the market has again shifted, with more homes being offered for sale.  Both the Morgan Hill and Gilroy offices are reporting new listings coming on the market on a daily basis.  In fact, both cities have experienced about a 25% increase in the number of listings available for sale.   With increased supply, sellers are not readily receiving full priced offers and the number of multiple offers has diminished as well.  Demand remains high—but supply is rapidly meeting that demand.  The result is a more balanced and normal market.

Santa Cruz County – The first half of 2015 has been a great year for home values in Santa Cruz County.  The market has been short on supply of homes for sale and demand has stayed very strong, creating a competitive buying environment. Compared to June 2014, the number of Single Family Homes sold in June 2015 was up 23%, while the inventory of homes for sale was down 18%. Factors including a low supply of homes for sale, attractive interest rates and improved consumer confidence have caused the average days on market for listings to decrease from 52 days in June 2014 to just 38 days for the month of June 2015.  This is the shortest average days on market that Santa Cruz County has seen for any given month for over a decade. The number of Days on Market for Previews listings is currently 34, which is the lowest it has been for over a decade and even lower than the days on market for average priced homes.  The Previews market had 41 sales in June, which is the most sales for any given month since June 2007.  The inventory of million dollar plus homes new to the market in Santa Cruz County has been higher the first half of this year compared to 2014, but demand has been strong enough to keep the active inventory lower compared to the first half of 2014.

it will happen. our high end survives on your lef overs and people who want to take their profits and run for the hills :)

Frank it is very interesting how Los Angeles & San Francisco are either mirroring or paralleling one another, hope you are reaping the benefits, Endre

Wow - great info for SF buyers and sellers. Sounds like a busy time to be you :)

Hi, Frank...this is very comprehensive information on the luxury market in The Bay area. Nice work on this report.

What a great, detailed report for your buyers and sellers, Frank. You really know your market.

Your comprehensive report paints a nice picture of what to expect in your area of expertise. The photograph is absolutely top quality! I can tell you pay attention to details and you give your best because you have a passion for what you do. 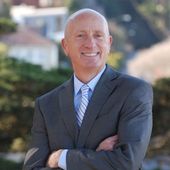