It’s polite to introduce myself to visitors as they arrive at my Mission Viejo Open Houses. I say “Hi. Please come in.  I’m Leslie,” as I extend my hand to shake theirs.  More often than not, the Mission Viejo Open House visitor will shake my hand and offer back their name, returning the polite gesture.  Sometimes, rather than introduce themselves by their given name, I’ll have someone introduce themselves together as Lookie Lous.

Usually prefaced by “Oh, no! (with a giggle)  We’re just Lookie Lous!  We live up the street (or down the street, or across the street, or around the corner.)”   Well, it does say Open House, Welcome, Please Come In on the big red and white sign in the front yard. So of course, I invite them in!

If they live in the same floor plan as the house that I’m holding open, the Lookie Lous delight in taking me on a tour so they can show me all the ways their house is different.  “See, we cut through this wall right here and put in a two sided granite counter top – it really opens up the flow from the kitchen to the family room.”  Or they let me know their neighbors have the same floor plan, and then whisk me from room to room to point out all the ways their neighbor’s house is different than my Open House.  I just keep smiling and nodding.  It’s the polite thing to do.

Sometimes it turns out I’ve met Lous before.  They attended one of my previous Mission Viejo Open Houses.  Sometimes, it turns out I’ve met them at several Open Houses.  Spending time attending all the Open Houses in their neighborhood each weekend is a way to get some exercise, especially if they are walking to all the Open Houses.  It also provides entertainment, and often free snacks, during the mid-afternoon time.  It also has some cogitative stimulation value, as the Lookie Lous try to recall exactly which houses we’ve met at before.  Was it the one with the addition and the huge pool?  No?  Then maybe it was the one with the big trees and beautiful back yard.  Yes, that was the one!

It’s especially enlightening when the Lookie Lous tell me the detailed history of the house.  How the former owner had a bar downstairs and was usually parked there on a stool.  Quite frequently there will be a small argument between the Lous regarding the previous condition of the house, like the color of the carpet that used to be where the hard wood now gleams.  Or, one of the Lous takes me aside and, in a low whisper, tells me how the owner just bought the house a couple of years ago.  Lou continues to lean in close and point out how much the owner has done to the house since he bought it. Then looking both ways to see if the coast is clear, Lou whispers “What’s he asking for it?”

Just don’t take the Lookie Lous’ word on everything.  Especially when you know the owner bought the house 11 years ago, not two.  The Lous must have my Open House mixed up with another neighbor’s house.

We can do this.

Leslie Eskildsen - Open houses can be a lot of fun, especially with the Lookie Lous and the type of information they always want to share!  I hope any one who see your open house signs in the Mission Viejo area will stop by and introduce themselves, you're an agent in the know! 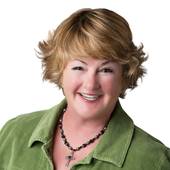