The total number of Single Family Homes Listed for sale on GLVAR’s (Greater Las Vegas Association of Realtors) Multiple Listing Service (MLS) for June was 13,740, down 0.7 percent from a year ago. The effective months of inventory decreased to 2.4 months down 6.2 percent from May 2015 of 2.6 months and down 8.7 from last year which was 2.7 months. A six month supply of homes would be considered a balanced market.

The effective months of inventory for June 2015 stayed level at 3.7 months, with May’s which was also, 3.7 months and down 6.1 percent from a year ago which was 3.9 months.

“It’s good for our local homeowners when prices are appreciating at a healthy pace like this and more homes are selling,” said 2015 GLVAR President Keith Lynam, a longtime local REALTOR®.

Nevada posted the second-biggest drop in homes with mortgages worth more than value in the second quarter, but the decline couldn’t keep the state out of the top spot for such underwater homes.

GLVAR said that 28.4 percent of sales in June 2015 were cash purchases, that’s down from 29.1 percent from a year ago. Suggesting that investors are still a factor but, they are waning each passing month.

The market is HOT and now is the time to sell! I will help you find serious buyers in this market. Find out what your home is worth, and call me if you would like to know more about selling your house TODAY! (702) 326-7473 or visit our website. 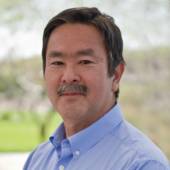