As a newlywed in his mid-20s, Andrew McFadden lived in an apartment in Fresno, California, with his wife, but they soon felt ready to move into a bigger place. "It met our needs, but as a finance guy, I thought we could get into a home and build equity in something as opposed to just paying out a monthly rental payment," says McFadden, a certified financial planner. So at age 26, he purchased his first home. Six years and one daughter later, his family still lives in it.

Despite millennials' reputation as a transient generation that's not ready to settle down , McFadden's experience is more common than you might think. The National Association of Realtors 2015 report on generational trends found that millennials, who are currently between ages 25 and 34, make up the largest share of homebuyers at 32 percent. Even more striking, millennials now constitute 68 percent of first-time homebuyers. That percentage might soon grow even more: A survey of 1,002 adults by TD Bank released in July found that just under half of millennials will be looking to buy their first home over the next two years.

"It's surprising because all we keep hearing is that [millennials] don't want to buy homes, that they're the renter generation, but that's just not true. They are the most optimistic that their home purchase is a good investment," says Jessica Lautz, NAR's director of survey research and communications. She notes that most millennials did not experience the housing crash firsthand, although they may have seen parents or older siblings go through it.

Millennials also appear more willing to purchase properties that need work and to invest their time and money into making improvements. A June 2015 report from Houzz, a home remodeling and design platform, found that millennial homeowners are just as likely to renovate their home as older age groups. Among millennial homeowners, 79 percent said they have decorated, 62 percent said they renovated and 58 percent made repairs to their homes.

"Millennials are embarking on projects because they're likely to have recently purchased a home and are customizing it to their needs," says Nino Sitchinava, principal economist at Houzz. The younger generation also tends to be drawn to DIY projects, which can make remodeling more affordable.

Dennis Delaney, partner at the law firm Hemenway & Barnes LLP in Boston, says buying a home can be a smart choice for millennials, as long as they are ready to settle down in it for more than a few years. "Having a home base or an anchor in your life is good to ground you," he says, in addition to having a monthly payment to build net worth.

One way to figure out if you're ready, he says, is to ask yourself if you've been able to consistently make progress toward your financial goals during the last year and a half. "Have you been putting more money into savings? Have you refrained from impulse purchases?" Once you've saved enough to make a down payment, then you're probably ready to go house shopping, he adds.

Millennials who are still figuring out their careers and relationships might be smarter to wait. "If you like freedom and you don't want to handle the maintenance and upkeep of a home, then you ought to delay the purchase," says Tim Steffen, director of financial planning for Robert W. Baird & Co., a financial services firm in Milwaukee. Homeowners often spend their free time on the weekends mowing the lawn and dealing with repairs, he warns.

Steffen has also seen single people buy one-bedroom condos only to find they soon get married and need a bigger place, or unmarried couples jointly purchase a home only to break up. "If neither of them can afford it on their own, then they're forced to sell," he says.

Here are more lessons that homeowners, and potential homeowners, can learn from the millennial homebuying generation:

1. Aim to put down 20 percent. McFadden, who is also the founder of the firm Panoramic Financial Advice, encourages clients to make a down payment of 20 percent of the home's price. That means slow and steady savings for several years, at least, before making a home purchase. If the market drops and the home's value goes down, there's a buffer to protect against the mortgage being higher than the value of the home, he says. It also reduces the monthly mortgage payment.

2. Plan for all the extra costs of homeownership. As soon as you become a homeowner, there's no landlord to call if the dishwasher breaks or the roof starts leaking. You'll need to prepare for the physical burden of handling some repairs yourself, and McFadden recommends setting aside a portion of your monthly budget to handle unexpected costs. Between mortgage payments, taxes, insurance, maintenance and utilities, he says homeowners should plan to spend between 10 and 20 percent of the value of the home every year.

3. Don't underpurchase. While it's smart to stay within budget, Steffen says, it also makes sense not to buy a home that you will quickly outgrow, which is a risk, especially for millennials. "At the beginning stages of your career, you're probably at your lowest earning point, and your income will continue to rise," he says. If you buy a home at the outer edge of what you can afford, then you'll grow into it without feeling the need to upgrade to a new house in a few years.

4. Build your credit. Cathy Derus, financial planner and founder of Chicago-based Brightwater Financial, says strengthening credit by checking credit reports annually and paying monthly bills on time can make it easier for even young homeowners to secure a reasonable mortgage. When she was 27, she bought her first home with her husband, which they were able to do in part because they had excellent credit. She says they have plans to pay off the mortgage in the next 10 years, even though they have a 30-year mortgage. "That means we'll be financially independent that much sooner," she says.

5. Take the plunge. Several millennial financial planners interviewed for this article pointed out that like the decision to have children, you might never feel really ready to buy a home. Brandon Marcott, a 30-year-old financial planner and founder of Edify Financial Planning in Waukesha, Wisconsin, says he didn't feel like he was ready to buy a home when he and his wife purchased their house a year and a half ago.

"We felt pressure from multiple sides telling us, 'Now is the time!'" he says. Still, the father of two says he is glad to have a fixed monthly mortgage payment that can't go up, as rent can. "This is by far my favorite benefit," he says.

How does US News and World Report explain that buyers getting mortgages can't get homeowner's insurance on homes that need substantial repairs?

I find most of these types of articles inaccurate and unrealistic. 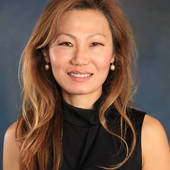