I love reading the Washington Post Real Estate section every Saturday.  This weekend there were two articles that I thought had significance to buyers.   The Post reported that fixed mortgage rates went up this week, rising for the first time in four weeks.  They think it is from strong employment data, but with the plunge of China’s currency, they can not predict that rates will continue to rise.

When rates rise, your buying power decreases, i.e. the higher the rate versus what you qualify for will limit the sales price of a home you can buy.  Many times when interest rates rise, activity increases because consumers don't want to wait to buy, if they think prices could continue to rise.

But other factors can still make the mortgage process arduous, such as increasing debt among consumers.   Student loan debt, car loan debt, & credit card debt all fall under non-mortgage debt.  New research from Black Knight Financial Services, an analytics and technology company focused on the mortgage industry, reveals that homeowners’ non-mortgage debt has hit its highest level in 10 years. Ben Graboske, senior vice president for data and analytics at Black Knight, cautions that although rising debt loads may look ominous, there is no evidence that more borrowers are missing mortgage payments or heading for default. Thanks to rising home-equity holdings and improvements in employment, 30-day delinquencies on mortgages are just 2.3 percent, he said in an interview, the same level as they were in 2005, before the housing crisis. when refinancing a current mortgage or obtaining a new mortgage to buy another house.

Debt-to-income ratios are a crucial part of mortgage underwriting, which has become stricter and less flexible than they were a decade ago. The more auto, student and credit card debt you’ve got, along with other recurring expenses such as alimony and child support, the tougher it’s going to be to refinance or get a new home loan.

If your total monthly debt for mortgage and other obligations exceeds 45 percent of your income, lenders that sell mortgages to Fannie Mae and Freddie Mac may reject your application for a refi or a new mortgage, absent strong compensating factors such as exceptional credit scores and substantial cash or investments in reserve. FHA is more flexible but generally doesn’t want to see debt levels above 50 percent.

Bottom line: Before signing up for a hefty loan on that new car, take a hard, sober look at the impact it will have on your debt-to-income ratio. When it comes to mortgage wiggle room, less debt, not more, may be the way to go.

So, it is never too early to make a buyer consultation with me, to go over your plan for homebuying.  You can be a year out, but making a plan, and starting the process, can help you focus on where your money goes, when you have a long term goal of home ownership.  Contact me, I'm available to help.  Hope Peek, Associate Broker, GRI, Keller Williams Capital Properties, 301-728-7234, hopepeek@kw.com

I think for a healthy economy we need to see interest rates up a bit higher.  No incentive to save and that is going to hurt coming up...and it already has.

Of course buyers should know that affordability decreases with increasing rates.

find sometimes it helps to state the obvious, just being reminded abouthow increased rates affect a purchase can help buyers to make decisions tobuy now, before rates go up any more. 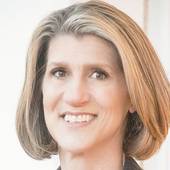