Because that's how everyone does it.

I think it really depends on when prospective buyers look in your local market. I've heard that in Florida, many agents hold open houses on Fridays, Saturdays and Sundays, but in most areas, Sunday is the customary open house day.

How about holding an open house on a Thursday evening?

Dan, are you crazy?

An open house on a Thursday? Why then?

Well, here's a strategy to take an action on:

Hold a 60, 75 or 90 minute open house. Wouldn't you rather have more people come in a shorter time frame, so that it has more of an 'auction' atmosphere? Why would an agent want to hold a 3 or 4 hour open house? It's a waste of everyone's time. If prospective home buyers are interested in seeing your listing, they will come at the advertised time.

I did an experiment once where I listed a home on a Monday. I then put up directional open house signs on a busy corner for a Thursday evening open house from 5:00pm - 6:00pm. No internet or classified advertising. Nothing else!

When I arrived at the home, there were 8 couples waiting for me. Now this house was nothing special. It was a nice, brick, cape cod, starter home. In that hour, I had 13 couples - 2 of whom had their agents with them and the rest were nosy neighbors.

Guess what happened next! The next day I received 2 offers from the people with agents. They didn't want to lose the home. They didn't know that most of the people were just nosy neighbors. There was a buzz in the house!

Now if I had spread the open house out for 3 hours, I'd probably only have one or two people in the house at any one time, but nothing like the flurry of activity that I had. There would have been urgency or motivation for the prospects to take action. They wouldn't know if anyone else came through the open house and they would probably take more time to 'think about it'.

Another way to increase attendance at your week day open house is to promote it to the neighbors...by sending a postcard, door hanger or calling to invite them. It shows you being proactive and you may get future sellers this way.

If your listing is way back deep in a subdivision, it may be harder to pull this off, but if you have any decent road exposure, I challenge you to try it and tell me what happens.

Your seller will be out of their home for less time, you can do more open houses that day if you want to and you'll hopefully have more people attend with more prospects to follow up on.

I hope this helps you. Let me know if it works for you.

Sounds like some good advise!  It is "out of the box" mentality that can differentiate us from the crowd!  Good Idea!

Thanks Dan, for reminding me to get out of my comfort zone!  The other idea I've seen recently (but have yet to implement) is having a multi-agent multi-house open house and working with the other agents with listings nearby mine to cross-promote.  Anything to get this house a little closer to sold!

Mar 24, 2007 02:35 PM
LIKE
#69
Rainer
94,611
Bob Carney
Taylor-Made Deep Creek Vacations & Sales - Mc Henry, MD
Licensed MD/PA Real Estate Agent
I love thinking out of the box.  I have dones this before.  I called it a Rush hour Open house 4-6.  Just using signs.  Owner thought it was great.  Little things like this not only helps you get new business, but helps you keep the business you already have.  Sellers like to see you working for your commission.  Yes, most sellers are educated enough to know that open houses don't sell houses (all the time), however, you never know where the buyer is going to come from... it only takes one buyer to sell a house!
Mar 25, 2007 06:51 PM
LIKE
#70
Rainmaker
1,542,627
Gary L. Waters Broker Associate, Bucci Realty
Bucci Realty, Inc. - Melbourne, FL
Fifteen Years Experience in Brevard County
After holding an unsuccessful Open House yesterday I decided I am going to give this a shot this Thursday. Thanks for the idea.
Mar 26, 2007 01:07 AM
LIKE
#71
Rainer
44,847
Carl Berg
ERA Wilder Realty, Inc - Columbia, SC

I tried an Open House this Thursday from 5-7 in a great community in one of our neighborhoods had directionals out with balloons on two major roads and then through the subdivision and not one person stopped by.

I think we have to remember that holding an open house is a reactive strategy, no matter how great our intention, it can be a hit or miss event because we can't control who walks into through the door.  I think if we keep up the effort and try new ideas (and be hopeful for the outcomes!), we will have success.

Believe me I will try anything to make this work. I have a beautiful wife and 4 wonderful children that are counting on me to be successful.

One thing to put out there. I think you need to be prepared for anything at an open house. This sunday I was getting out of my truck and here comes a guy walking down the drive way and wanted to talk to me about listing his house. Since my hands were full I invited him in and explained to him that if we could actually schedule a listing presentation I would have more information for him, as it was not in my brief case. We sat and talked for roughly 20-30 minutes. He told me where he lived, I met his wife, and then he told me that he had a few things he wanted to do before he listed the house, but that he would call me. Damn should have been prepared. However because I do know where he lives, I am going to swing by and drop off some information for him.

You bring up a good story.  I think the motto is, "BE PREPARED!!!" Sounds like you had a great open house!  I would love to have that happen every time I held an open house...

Mar 26, 2007 07:12 AM
LIKE
#76
Rainmaker
163,778
Christopher Webster
Carrington Real Esate Services - Columbia, SC
Columbia South Carolina Real Estate For Sale
Great post! Our office only holds open houses for 2 hours. We find that it gets more people in the door at once, making it sem more interesting. We sell more homes  with this way of doing business.

You are dang right be prepared. With technology I found the gentlemen that wanted information about listing, did a rough CMA (not knowing exact SQ FT, ect.) drove over to his house to present it in person and hopefully schedule a listing presentation and low and behold he just pulled up. Behind him was a Century 21 agent. I said good to see you again I guess I caught you at a bad time, this is for you (briefly explained it) and told him again if you give me a chance I know I can bet them and make you extremely satisfied.

I often do Open Houses on the weekdays. To many suprise, the traffic is pretty good on those days.

Dan, I've done both Saturday and Sunday - I've never had much luck of Saturday.  Think I'll try it again.

I too normally do sundays, however because of my son's soccer schedule I am going to do one Saturday from 2-5, I till tell you how that one went.

Saturday was terrible. I advertised it in two parts of the newspaper had all kinds of balloons and the needed directionals out. And not one visit. The house is in a great community and very accessable from the main roads so I am not sure what went wrong.

My son's soccer game for sunday was cancelled so I went back to were I had previously did an open house, no advertising and just put out directionals with balloons and had 2 people stop by between 1-4.

I am trying one next week at my listing in Suffolk VA. I am hopeful. I have sent postcards and will have signs. I will use an ecard for my mailing list. I will send a personal invitation to the neighbors. Wish  me luck! 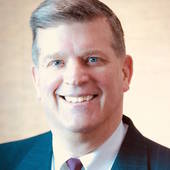