It's one of the oldest businesses any young entrepreneur remembers starting. They aren't around as often anymore but the neighborhood curbside lemonade stand used to be a staple among communities all across the Country. Children of all ages would haul their tables, chairs, and homemade signs out to the major walkways so they could catch the eyes of thirsty pedestrians or motorists eager to support their cause.

No one that I can remember ever got rich off of running a lemonade stand. But, if a kid made a few bucks during an afternoon of serving watered-down and lukewarm lemonade it sure felt like they had hit the jackpot. Selling lemonade on the corner isn't about the money that you're making. It's about learning the basic principles of business. What will your signs look like? What time of day will see the most traffic? Where is the best place to set up shop? All of these questions and more will need to be answered if you're going to be in the lemonade stand business.

In case you weren't paying attention or simply missed the headline, Derrick Moore, a purveyor of lemonade at Arizona Diamondbacks baseball games was just voted by Major League Baseball fans as the Top MLB Vendor in the entire league. This gentleman does a job that most would deem below them. He carries around a dozen large, different flavored lemonades and walks up and down hundreds of stairs each and every game. Constantly refilling his carrying case once the last cup is sold. Moore uses his loud and boisterous voice to shout at patrons that he is in the area and ready to serve them a tall refreshing beverage. He has been doing this job since Chase Field opened in 1998 and has been hawking concessions at different stadiums for almost 30 years. When I read about Derrick Moore I thought about what it must feel like to be recognized for a seemingly unpopular career choice. How many people do you know would do the job that Moore does and do it so well that they would be awarded top honors? Personally, I don't know that many individuals who could sell lemonade for 30 years with a smile on their face and a pep in their step, all the while being completely content with themselves and their chosen path of life.

But why is that? Every time I log in to Facebook, Twitter, LinkedIn, Google +, Instagram, or dare I say even Active Rain, business owners and professionals always seem to be closing dozens of transactions and experiencing record profits. Statistics alone tell me there's no way that many people are achieving that much success that often. Why aren't more people comfortable with where they are at in life?

I don't think I've ever read a blog post or a social media update from someone touting the fact that they were having a bad month or even a bad year. Now, I don't expect a local restaurant owner to trumpet the fact that their breakfast and lunch crowd has been severely lacking. However, if they are constantly advertising how busy they are I expect a certain level of activity if I show up. But if I arrive only to find an empty parking lot and an empty restaurant I will automatically feel mislead. Derrick Moore is proud of the fact that he just sells lemonade and he doesn't care who knows it. He doesn't pretend to be anything other than a lemonade vendor and he strives to be the best at a job that isn't going to go down in the record books as highly desirable.

There are career waitresses that have made a great living in the service industry. I know a woman who put two kids through college as a grocery store check out clerk. I wish we could all go back to that young, uninhibited joy that kids have when they're running a simple lemonade stand. They don't care that it's just a lemonade stand. To them, this is the big time! Whether or not they make a few pennies or enough money to buy a new skateboard they're just appreciative of the opportunity they have before them to sell lemonade to people passing by. Their infectious smiles and enthusiasm are so hard to ignore that even if they're not thirsty, most people will reach in to their pockets to support these budding business owners.

I'm not the biggest brokerage in Gilbert, Arizona. I'm far from it actually. But that's of no consequence to me. I have eight great agents under me and hopefully more will follow in the future. Maybe one day I'll be able to compete against the more nationally recognizable brokerages but for now I'm just Zion Realty. But I'm proud of being Zion Realty. If I never get any bigger than I am right now I'm humbled by the fact that I was allowed to even get where I'm at. Being authentic in a world that tells you to be otherwise is more refreshing than the hundreds of ice cold glasses of lemonade being sold by Derrick Moore each night.

Derrick Moore was proud of who he was and what he did for a living even before being hailed as the best selling lemonade vendor in Major League Baseball. Dozens of fans were interviewed at Chase Field the night it was announced that he had won the award for doing his job. If you read the interviews and social media posts about Derrick they all weave a similar story of how great a person Derrick is. By all the glowing reviews, I'd venture to guess Mr. Moore would be great at whatever he set his mind to because his attitude towards work would never change.

Whether you're a child selling lemonade on a street corner, an adult who has made a career selling lemonade in billion dollar stadiums, or a real estate agent who helps buyers and sellers, the more confident, comfortable, and content you are with who you are the more you will be recognized by the world around you as a force to be reckoned with. 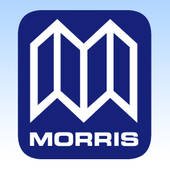