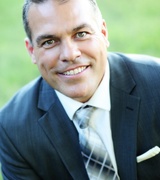 Real Estate Agent Bernie Gallerani has spent years building a successful real estate firm in Hendersonville, Tenn. One of the secrets to his success has been prospecting. In fact, Gallerani has built a team and tailored a business model that has him prospecting as much as six to eight hours a day, while the rest of his people handle the other aspects of the business.

We were introduced to Bernie back in 2008 when he opened the doors for us in the Real Estate industry. It is rumored within the walls of Mojo that Bernie just might be the first Real Estate agent to ever leverage the Mojo Dialer in Real Estate! We recently chatted with Gallerani to find out why this is his winning strategy.

What you need to know about Real Estate Prospecting

Q: What are the benefits of prospecting?

A: In my opinion, it’s the only true way to predict your business.  When I say it’s the way to predict your business, it’s also the best cost. It’s something you can get up and do every day, and you can have a specific time and a specific list of people to call. And that effort of an hour or two hours or three hours a day creates a certain result.

Some forms of prospecting can be the least cost effect way to generate a lead. Some of us go out and do a lot of marketing, post cards, radio ads, billboards and mail out farming, whatever it is. And there’s a cost associated to all of that– a big one. With phone prospecting, you are spending your time, which is a very important commodity, but your cost of developing a lead is low.

So I will give you just an example of my particular business. Through prospecting, I must have a dialer, so I have a dialer. It’s $150 for a dialer and $150 for a numbers search. So I have $300 invested in my monthly expense. For that, I will list anywhere from 12 to 15 homes every 30 days.

Q: So why don’t most people do it

A: Because they don’t know what to say and they can’t handle rejection. Because they think when people are rejecting them, they think they are rejected. They are not being rejected. They’re not rejecting you. They are just rejecting the service. And if you can get your mind around the idea that they are rejecting the service–life’s a numbers game. You drive a car enough times, you’re going to get in an accident. Everything at some point, at some level, is a numbers game. You take a risk and there’s going to be a result of some sort.

Q: Where do you start with what to say?

A: There are a lot of great scripts out there available for telephone prospecting. Every lead type is going to have a different approach just based on what kind of lead they are and what motivations they have. The key to prospecting and asking good questions, is making the questions all about them.

Q: So everything is about them?

A: I can go through a whole script from start to finish and never tell them about me, the only thing I might ever say– and it’s a good close for us—is, ‘So what I hear you saying is if you had a good marketing plan that was proven and you knew there was a hundred percent chance that the home would sell in say the next six weeks, you’d want to use it, right? So what I would like to do with you is walk step by step by step and show you exactly what I’ve done already in the last 90 days to sell 87 properties. So if we could assure you one of those sales, would you want to use it?’

Everything is about them, how could we help you, how can this benefit you, is this something you’d be interested in, and I’d like to show you how we’ve been able to make this happen with 90 other homes in the last 3 months.

Q: Why do you think that works so well?

A: Think about this, wouldn’t you rather have people interested in you? Doesn’t that make you feel good? If I started asking you about your life, your relationships with other people, your home life and your dogs–you’re going to feel good that I’m interested in you, right? And that’s all it is. They say the greatest sound that you’ll ever here is the sound of your own voice. Which means people like talking.

If we can get them to tell us about them it makes them feel good because we’re not only digging into who they are, but also they get to talk. So as a telemarketer, as a prospector, I am always about trying to help them identify their goals and encouraging them to keep moving forward.

My goal when talking to them is to get an objection. There’s a saying called Failing Forward. I want to fail forward. So every time someone says no and I know it’s a numbers game, I just need to keep calling until I hear a yes, because if I hear a yes, I just made $8000.

Q: What are the biggest mistake people make while they’re prospecting

‘I’m not doing anything right now, but call me back in a week then we’ll set some time.’ Why would I as an agent be okay with calling you back next week versus setting an appointment with you right now? Why wouldn’t I just set the appointment?

Here’s why. People believe the client has to like them. So they feel like they have to build a better rapport with them, and it’s not true. So to answer your question what’s one of the biggest mistakes is

[Conversation has been edited for space and where clarification was needed.]

It’s hard to argue that we owe much of Mojo’s cult-like following to Bernie and we’d like to thank Bernie for his straightforward approach to this interview, his willingness to share what works and what doesn’t, and finally, his continued support for our company and products.

Thanks for the very valuable lead generation list of tips.