The percentage of U.S. residents who own their homes is at the lowest point it has been for more than 20 years, according to a report from the U.S. Census Bureau. In the first quarter of 2015, 63.8% of people owned their housing units, down from 64.8% at the start of 2014 (these figures are seasonally adjusted).

The Census data includes decades of quarterly, seasonally adjusted homeownership rates, and those rates have not fallen below 64% since 1993. The rate was 64% in the fourth quarter of 2014. The margin of error for quarterly homeownership rates is 0.3%, meaning the change from the end of last year to the start of this year wasn’t statistically significant. The year-over-year change is.

Homeownership peaked in the second quarter of 2004 at 69.4% and has generally declined since. Looking just at first-quarter data, the homeownership rate has steadily fallen from a high of 69.2% in 2005. Among consumers younger than 35, homeownership is far less common than it was six years ago, when nearly 40% of that age group were homeowners. As of last quarter, not quite 35% of them are (not seasonally adjusted). The greatest decline in homeownership over the last year came in the 35- to 44-years-old category: It fell from 60.7% in quarter one 2014 to 58.4% this year.

On top of that, mortgages aren’t easy to get. Lending standards have eased a bit since the recession, but even consumers with decent credit are still finding it difficult to secure home loans. Given that climate, the most control consumers have over attaining their dream of owning a home is to get their credit in good shape. Coupled with a solid financial standing and an affordable market, a credit history of on-time payments and well-managed debt can improve consumers’ chances of loan approval.

Good Friday morning Ed. That is a difficult stat to believe. Not saying that it isn't so, especially with such a nationally hot real estate market. 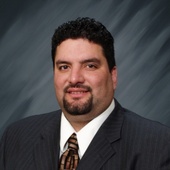