Dallas-Fort Worth's strong housing market shows no signs of slowing — despite expanded lending regulations — with analysts expecting the region's home sales to reach $24 billion by the end of the year.

That would more than double the market's sales volume in four years.

"We were ecstatic when the market reached $11 billion at the end of 2011," said MetroTex President Steve Habgood, in a statement. "This year, we reached $22.7 billion by the end of November and could conceivably reach $24 billion for the year."

North Texas' condo sales have also done well this year and have already topped a billion dollars for the year, he added.

This year's record-breaking sales are tied partially to the tight inventory of homes in North Texas and the influx of new residents moving to the region for jobs. According to MetroTex Association of Realtors' research, homes listed for sale between $100,000 to $400,000 typically are on the market for an average of 2 months or less.

In September, the residential research group tracked 6,504 homes sold in North Texas, which is an 8 percent increase year-over-year, with 7,316 homes under contract and waiting to close. On average, homes are selling in 45 days, or 20 percent fewer days year-over-year.

Even though there's been concern in the industry that the new lending requirements might slow down the market by the end of the year, Habgood said the lenders have taken the new regulations in stride and closing on homes hasn't been much of a factor in the region.

it would be my honor to assist you!

Check out all Dallas Fort-Worth Real Estate on My Website

Shuchi, they say they do it big in Texas! Enjoy your day!

Shuchi Agrawal nice to see that DFW area has great high-schools making to the top 500 lists.

Wow ... this is interesting and Dallas has some great schools.

This is some huge news for the market! Big things up I had a new horizons everywhere, for the time being at least!

I have a friend who's been told me great things about Texas for a while in this regard. I guess now I can f believe it! 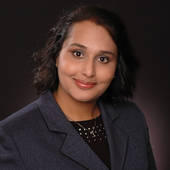