2015 Lake of the Ozarks Annual Shootout

Lake of the Ozarks – Thousands of spectators will flock to Captain Ron’s Bar & Grill, located at Lake Road 5-50 in Sunrise Beach to witness the thrill and excitement of pure speed as some of the world’s fastest powerboats race against the clock during the 27th Annual Lake of the Ozarks Shootout.

The Shootout consists of ten action-packed days of racing-themed activities and celebrations, beginning Friday, Aug. 21, and continuing through Sunday, Aug. 30. This wildly popular annual event features all types of watercraft racing individually against the radar gun. Ranging from remote-controlled boats to personal watercraft to power boats and offshore racing boats, some competitors will exceed speeds of over 200 miles per hour.

The largest unsanctioned boat race in the country, the Shootout attracts between 75,000 to 100,000 people from across the US to witness some of the top offshore racing powerboats in the world compete for the coveted honor of “Top Gun.” Powerboat Magazine lists it as one of eight “must-see” boating events, and the magazine’s readers have voted it the number one race in the nation.

“I’m really excited for this year’s races,” says Ron Duggan, event organizer and owner of Captain Ron’s Bar and Grill. “We’ve added several new classes, so we’ll see even more boats and we will have the most competition for the “Top Gun” award than ever before. It will be a great show for the crowds.”

Last year, The Spirit of Qatar, captained by Sheikh Hassan, claimed the 2014 “Top Gun” trophy with a run clocking in at 244 mph, crushing the standing Shootout speed record by 20 mph. Hassan’s run beat the previous record, which was set in 2013 by Bill Tomlinson and Ken Kehoe of the Canadian racing team, My Way. The Canadians’ once-record breaking run of 224 mph was expected to hold up for years.

“If you really want to see fast boats, Sunday’s races are the time to be here,” Duggan says. “All the adjustments have been made from Saturday’s races and the teams show up ready to run.”

Racing spectators can experience the action from televisions at Captain Ron’s, from the decks of the cruise boat Celebration or by tying up along the course as part of the Shootout’s flotilla of thousands of boats. “We generally have around 6,000 boats lining the course to watch the races. It’s quite the spectacle,” adds Duggan.

Although the races are the main attraction, the Shootout is all about giving back to the community. Close to 700 hundred volunteers serve over seven thousand hours to ensure the success of the event’s activities, which generate generous donations to 32 area charities, including six local fire protection districts. Last year, the Shootout generated $125,000 for local charities and Duggan has set his sights on raising $150,000 this year. “It really says a lot about our community,” Duggan says. “It’s simply amazing to have so many people donate so much of their time and money to make this such an enjoyable event and a great fund-raiser for our local charities. That’s what it’s all about.”

Captain Ron’s Bar and Grill in Sunrise Beach is hosting the event for the eighth year. For complete details on the 2015 Shootout, including information on lodging and parking as well as a full schedule of activities, visit www.LakeOfTheOzarksShootout.org. Following is a schedule of the 2015 Shootout events and activities.

SHOOTOUT SCHEDULE OF EVENTS2015 Lake of the Ozarks Shootout activities are open to the public, though many require registration for participants. Details about registering and attending any of the week’s events can be found atLakeOfTheOzarksShootout.org.

AUGUST 24LakeExpo.com Presents The Great Shootout Treasure HuntCaptain Ron’s hosts a hunt for treasure in the sand at Cannonball Beach from 5-8 p.m. Participants dig in the sand for treasure chests, one of which contains the grand prize. Captain Ron’s is at Lake Road 5-50 in Sunrise Beach, or at the 34.5 mile marker by water. All proceeds benefit the Kids Harbor Child Advocacy Center. Tickets for the treasure hunt can be purchased for $20 each at Captain Ron’s or Cannon Smoked Saloon, or by calling Cara Gerdiman of Kids Harbor at 573-348-6886.

AUGUST 26Shootout on The Strip Meet and GreetWheels and Waves presents this opportunity for fans to see the boats up close and meet the drivers along the historic Bagnell Dam Strip, where most of the race’s drivers will show off their rigs from 2-10 p.m. There will be vendor booths and activities for the kids, so attendees can enjoy the day and also vote for their favorites in the “Sharpest Shooter” contest.

AUGUST 27“Make-A-Wish” Powerboat Rides, sponsored by First National BankAt this special event, racers donate their time and their boats to provide the “ride of a lifetime” to children with disabilities or serious illnesses and their families. Boat rides will be given from noon until 4 p.m. and will depart from Dock #3 at Captain Ron’s. Families can register for the rides by contacting Tiffany Riemann at 573-368-1177or tiffany@lakeareaindustries.org.

AUGUST 27Lake of the Ozarks Shootout Charity AuctionPerformance Boat Center, 1650 Yacht Club Drive in Osage Beach, hosts the annual Lake of the Ozarks Charity Auction. A silent auction runs from 5-7 p.m. with a live auction beginning at 7 p.m. The auctions are open to the public and attendees will have the opportunity to bid on all kinds of great items, including boats and docks, sports memorabilia, gift certificates, as well as golf, travel and dining packages. Proceeds from the auctions go to benefit the local Shootout charities, including several Lake-area fire-rescue teams. For more information about the auction, visit www.lakeoftheozarksshootout.org/auction.html.

AUGUST 27Stereo ShootoutBragging rights for the biggest and best stereos are on the line at the Stereo Shootout at Camden on the Lake, 2359 Bittersweet Road, Lake Ozark (7 mile marker by water) from 6-8:30 p.m. Check the Shootout website for more information about this event, presented by Waves and Wheels.

AUGUST 28Poly-Lift Poker RunFrom 10:30 a.m. until 7 p.m., participants will try to get the best poker hand at locations around the Lake, beginning at Backwater Jack’s, 4341 Beach Drive, Osage Beach (17 mile marker by water) and ending at Captain Ron’s. Registration will be held the day before the run at Performance Boat Center, or beginning at 8 a.m. at Backwater Jack’s on the day of the run. Entry fees begin at $200 and registration forms are available on the Shootout website.

AUGUST 30Shootout RacingPowerboat racing resumes at 10 a.m. and will end at 3 p.m. The Racer Village and vendor booths, located at Captain Ron’s, are open to the public from 9 a.m. until 4 p.m. Closing ceremonies are at 4 p.m., including the awards presentations for each class and crowning of the Shootout’s overall “Top Gun.” Celebrate by tying up along the course as part of the Shootout’s flotilla of thousands of boats.

Real Estate at the Lake  SellingTheLake.com

Valerie - The Lake of the Ozark Annual Shoot out is a great event to attend. 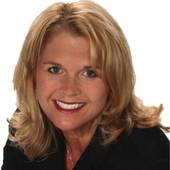