Why buy in a golf course community if you don't play golf?

Have you ever noticed that most golf course communities seem to have a lot of residents with little or no interest in playing golf? In fact, that describes us when we purchased our first home - a townhome in Crofton, Maryland, just blocks from the fairways of Crofton Country Club. Thinking back to that home-buying experience, I have to admit that my husband and I were seduced by the professionally furnished builder's model home, rather than the golf course or even the manicured open space in the community. Our second home was in the same neighborhood but, again, Crofton's golf course did not factor into our home-buying decision - that move was motivated by our desire to have a yard for our growing sons, without leaving the community where we had begun to establish roots.

Then I became a real estate agent, and things changed. I quickly realized that many Crofton home buyers were, in fact, motivated to buy in the community because of the golf course - golfers and non-golfers alike. Homes backing to the golf course had premium prices because they were in high demand. In fact, I recently asked in a Facebook post "Why do non-golfers buy in a golf course community?" and nearly everyone who commented said "green space." (Others said it's so pretty... it was hard to find a nice planned community without a golf course... there are a lot of other things to do.)

When we purchased our third home, near Charleston, S.C., we chose a lot overlooking the 9th fairway of the golf course at Kings Grant, and beyond that another fairway, the Ashley River, and rice paddies in the distance. Talk about green space... What a view! That green space was our motive for choosing that home and community. It was here that our boys, ages four and six, were introduced to golf by riding in the golf cart with us when Larry decided to try out those golf clubs he had received as a graduation gift a few years earlier and I dusted off the clubs my grandfather bought for me when I was nine years old. That experience was another life-changer because our boys became avid junior golfers when we returned to Maryland, literally running home from school to get their golf clubs and go to practice at Crofton Country Club. They traveled across the country as teenagers to compete in national level junior golf tournaments against the nation's top juniors, some of them now playing on the PGA Tour, on famous golf courses that most people only see on television. And they both received golf scholarships to college.

It was almost a lucky accident that we lived in golf course communities for over forty years, but it was a very intentional decision when we recently purchased a home in Millsboro, Delaware. In fact, we are very excited about the option to purchase a deeded interest in the golf course at Plantation Lakes, for several reasons - with these three topping our list:

1. If community residents have a vested interest in the golf course, it is more likely to remain financially viable.

2. A deeded interest in the golf course will likely come with some privileges that won't be available to daily or even annual users of the golf course. And there's no up-front investment required!

3. A deeded interest will convey with the property, potentially enhancing the value (or at least the salability) of this home over another similar home in the community without this option.

To be perfectly fair, however, this third item could just as easily be a negative in future resale if the deeded interest comes with any ongoing fee that obligates a future owner to pay more for owning this home than another similar home in the community.

If you're a non-golfer living in a golf course community...
Don't take that manicured open space for granted!

If we still lived in our South Carolina home, our view of the 9th fairway and beyond would now be a view of overgrown brush because that golf course - along with the club house, swimming pool, and tennis courts - closed in 2005. Efforts by an investor to develop some of the property failed in 2008 and the lender decided in 2012 to foreclose. Home values in the community plummeted and many went to foreclosure.  Nearly every street had multiple boarded up homes when my daughter drove around the community about 2 years ago.

The golfers simply moved on to play at other golf courses in the area. The homeowners who purchased in Kings Grant for the green space, however, suffered immensely from the closing of this golf course. They lost the manicured open space, other amenities became eyesores, and many of them lost their homes and good credit. Even if you're a non-golfer, you don't want that beautiful manicured open space in your community to become abandoned and overgrown or developed with streets and additional housing or even commercial facilities. In fact, I read about one golf course in Florida that was turned into a cemetery.

Golf course closings have outpaced golf course openings by more than 10-1 in the past 10 years, so please do whatever you can to support community leaders or the developer if they ask for your support.

The beautiful green space that initially attracted you to your home may depend on it!

Golf course communities market a lifestyle just like ocean front and river front communities....except I never saw them close a river or ocean!  You are right that they must be supported.

The residents I've spoken to seem to like the small town community feel.  Neighbors tend to know each other because people are visible driving their carts frequently.  Close-spaced patio homes with no fencing has put everyone in everyone else's "bee's wax".

In AZ many of these residents will take their carts onto nearby city streets, too.  No need to roll out the Buick when going to a convenience store.

The downside is that during summer, some communities become ghost towns.  Also the ones that allow sub-leasing have very high turnover rates.

I would think anyone who wants less people close to you, a bit more privacy and we seldom hear of gangs hanging out in those areas.

Thanks for the intersting facts. I had no idea so many golf courses were closing. Is it for lack of interest or because of the expense? Although I've never had a desire to golf, I have some acquaintances who are addicted, so have heard about the greens fees.

Reading this makes me glad that my "green space" belongs to me - or to the State of Idaho, which owns the mountain on the other side of my meadow.

It's not manicured, and it has cows and wildlife instead of people - and I love it. I have no desire to live in any kind of community that puts a neighbor within a quarter mile of my home. Thankfully, I don't have to.

Margaret Woda - Well done. There are a few communities here. Beautiful to look at. I enjoy our home because it's peaceful.

Congratulations on your new home, Angelica Blatt. 'Hope your family enjoys it as much as we have ours!

Andrew Mooers, open space is rare in the D.C. area, so we really enjoyed living in a community with so much of it.

You're right, Patricia Feager, MBA, GRI, Cert Negotiations Expert, Military Relo Prof. I never thought much about it before but homes in golf course communities do tend to be well care for, don't they?

Richard Robibero, ABR, SRS, I can understand that... Lots of people seem to choose a golf course community for its green space. Our recent home purchase certainly considered that. The difference now, compared do when we bought our first and second house, is that we actually play golf.

I think you're right, Nicole Doty - Gilbert Real Estate Expert. I never really thought about that until you and a few others commented on that.

Your dream sounds awesome, Martha Brown. I can just see you sitting in a rocking chair on your porch overlooking the water.

So true, Gary L. Waters, Broker Owner, Waters Realty of Brevard, LLC. Golf courses are manufactured views - but they sure are nice in lieu of a natural one, if none are available.

Golf courses aren't seasonal in the areas where we've lived, Rich Arnold, so we don't have to worry about that.

'Wish I'd thought to use Survey Monkey to poll non-golfers who live in golf course communties.  That might be something else you could do before developing a marketing program, Joshua Hess.

Your view sounds MUCH better, Marte Cliff. I'd chosse yours, too, if I had that option.

That's how I feel about our current home, Thomas F. Scanlon... very peaceful, compared to the average suburban lot.

Margaret Woda All you have to do is live in an area that has few jobs and a small population. Of course, if you want the kind of property we live on it helps to have had a grand-parent who purchased about 60 years ago.

I've never given that any thought before. I don't golf, but my family does..and my husband did. I loved going out on the beautiful courses and spend the day with him there. I get it....they are beautiful and quiet. I would live on one.

Hello and congratulations on your featured blog post! Well done and hope to see you have many more featured post.

Marte Cliff,  having grown up in a suburb of DC, I'm very spoiled when it comes to restaurants, shopping, entertainment, and recreation being accessible. We're enjoying our new home in Delaware, but we're close enough to our old home that we can go there in 90 minutes.

Karen Fiddler, Broker/Owner, it amazes me how many non-golfers are attracted to golf course communities. When you think about it, though,You're right about it probably being beautiful and quiet.

Debbie Laity, that sounds like a real success story!

Thank you, Mary Fernandez. Sorry the tagging feature didn't work.  No link to your name!

Really great post and excellent points. I play golf but not very much but we have always loved golf course communities for all the reasons you expressed.

Mzrgaret, I have a customer right now waiting for me to find him a home on the golf course.

Congrats on your featured blog, hopefully you can keep them coming, topics that are featured take blogging talent!

Backing to the open space of a golf course is preferrable to backing to other homes.

These are premium lots in my area, even if a net is required on the back property line to catch golf balls hit by bad golfers.

Margaret, I have sold several homes on golf courses, and the buyers had no interest, but loved watching, and having the open space.

Was researching about things that home buyers don't often look for when buying a golf course property as well as maybe overlooked things that I could add to my Sugarloaf Country Club Homes page and found this.  The junio golf part was one of the reasons we've looked into it as well.  The discount isn't worth it here, but it's a lifestyle that they could be included in (the kids I mean).  Great Post! 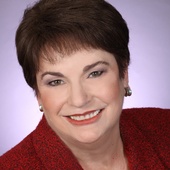