Concerns about slowing global economic growth, particularly in China, caused the U.S. stock market to decline sharply early in the week. However, with stocks at much lower prices, buyers stepped in later in the week, erasing the week's earlier losses. While the magnitude of the moves were relatively smaller, a similar pattern was seen in mortgage rates. They dropped early in the week and then gave back their improvement later in the week. This relationship between stocks and mortgage rates is common, as investors shift assets between stocks and bonds.
Like favorite_border
favorite_border 0
Re-Blog
repeat 0
bookmark_borderbookmark 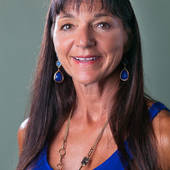