Pitt Meadows’ main street is named after Wellington Jeffers Harris, the first Reeve of Maple Ridge, who arrived in Pitt Meadows in the 1870’s with his wife, Mary Jane, and his son, Frank. W.J. Harris was also a dyking commissioner and, later, a member of the British Columbia Legislature. Mary Jane Harris was one of the first women of European descent to arrive in the area. She helped to establish the first Sunday School in the area and acted as a mid wife before the arrival of a doctor to the Pitt Meadows community. She was a founding member of the Pitt Meadows Women’s Institute and ran a successful family based cheese making business. Frank Harris served as a municipal councilor as well as an acting Reeve. He also served for many years as the secretary of the Pitt Meadows School Board.

Before the Lougheed Highway was pushed through Pitt Meadows, Harris Road served as the link between the Dewdney Trunk Road/Hammond Road east west route from Pitt Meadows to Maple Ridge. In the early years very little development was found along the corridor. At the time of the municipality’s incorporation in 1914 Harris Road was lined primarily with farms, forest and bushland. The only commercial building was the General Store and Post Office that sat beside the C.P.R. tracks, and at the far end of the Road was the Number One School House. Hazel Anderson (nee: Park), a pioneer resident, who was born the same year the municipality incorporated, remembers walking to school along Harris Road in the early 1920’s. In 1994, when recording her memories of going to school in Pitt Meadows, she wrote:

“Sometimes when my sister and I walked up Harris Road in the early morning it looked a long lonesome road and often [we] never met anyone. There was lots of bush and very few homes. Our only fear was meeting a bear but [we] never did see one”. (Hazel Anderson, 1994)

Harris Road was first paved in the 1940’s and in 1977 was widened to four lanes, repaved and a sidewalk added. Today it is still the main route into and out of most areas of the central part of Pitt Meadows. It is heavily used and is lined with condominiums, shopping malls and a mix of other retail and commercial spaces. In amongst these buildings are the 15 sites and structures documented in the Pitt Meadows Museum & Archives “Buildings Through Time: Harris Road Then and Now” exhibit, many of which owe their continued existance to the evolution of their use and to the commitment of a community to the preservation, when possible, of its important heritage sites. Picture of The Church on Harris rd Thinking of buying or Selling a Pitt Meadows Home? 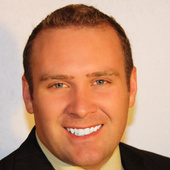