A person who is educated on foundation repair definitely has the upper hand in the real estate market. So many people see a crack or a disclosure that says a home has gotten water in the basement and they RUN. Water in the basement can be from something simple like the slope of the dirt around the house or a sump pump malfunction during a heavy rain. On the flip side it can be from something major that requires thousands of dollars in repairs. Doing your research is very important.

One of my neighbors recently told me she received a bid of $40,000 to pier her house. She said someone had told her to sell it. My recommendation was to fix it. If she sells her house without fixing the issue her $40,000 problem is likely to turn into a $75,000+ expense because she will have to sell her house so far under value. Even then it is likely to take a long time to sell. I gave her the name and phone number of a very well-known and respected foundation company in our area. Their pricing isn't bad but there are are a couple very little shops that would probably do it cheaper to just get the job. I prefer using a foundation company that has been around for awhile and is well established even if they do cost a little extra. The reason for this is foundation work typically comes with a warranty. You want to make sure the company is still around if you ever need to use that warranty or if you need to transfer that warranty to someone who is purchasing your home.

Would you buy a house that foundation work has been done on? I would depending on the circumstances. If the repairs have been done right by a reputable company and there is a transferable warranty then you are covered. I would definitely have the foundation inspected by another foundation company and/or a structural engineer to make sure the repairs were done correctly and there are no other issues going on. Ask if they can see anything that looks like a potential future problem. There is a city in my area that is known for the older homes and family owned businesses. People love this city. Home values are higher in this area than they are in neighboring cities. However, the homes are older and the area is known for having foundation issues. My opinion is to get the house where the foundation has already been fixed and has a warranty.

Selling your house with an existing foundation issue will cost you more in the lost value than the actual repair would cost. So if you can afford it make the repair and then sell the house.

Brenda - I would have to agree that fixing the home will probably cost less than trying to sell a broken home. Plus, buyers will be very skeptical if there are issues with the home.

Definitely after all that time as well you probably want to live in that house that you helped rebuild!

I thought I could give you a follow and support what you're doing here. Brenda Hanson 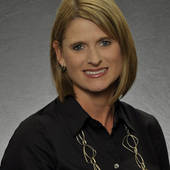