A hedge fund couple will have to wait a little longer before they can replace a 13,681-square-foot, 1920s-home on Star Island with a modern 9,178-square-foot home.

The Miami Beach Design Review Board postponed a decision on approving the project until November 3rd. The reason: they want to give Wayne and Wendy Holman more time to explore ways to save the current house at 31 Star Island Drive, even though the Holmans don’t want to keep it.

Wayne Holman, founder of Ridgeback Capital Management, and his wife Wendy, formerly of Ziff Brothers Investments, bought the house and the 60,735 square foot lot from Sam and Roni Jacobson for $18.8 million in June 2014 because of its lush landscaping and because it was next door to their modern 16,438-square-foot home at 31 Star Island Drive. The Holmans bought 34 Star Island Drive for $28.1 million from fellow hedge funder Jarrett Posner in April 2014.

Wendy Holman said she and her husband want to use a new one-story home designed by architect Kobi Karp as a residence for their parents and their children.

“One of the things we didn’t want was a very large house next door,” Wendy Holman told the board. “I really didn’t want something that is excessive.” Other local preservationists decried the multiple demolitions of pre-World War II homes all over Miami Beach. “Destroying [history] is a crime against humanity,” said Dina Knapp. “When ISIS does it, we call it terrorism. When contractors do it, we call it capitalism.”

Under Miami Beach law, demolition permits for architecturally significant pre-1942 homes can’t be granted until the new structure design is approved by the Design Review Board. (Homes designated as historic by the city can’t be demolished or altered until approved by the Historic Preservation Board.) The DRB also can’t object to the home’s demolition, but it can insist that the client examine all possibilities to preserve it. Most DRB members felt that the Holmans didn’t examine those possibilities. DRB member Annabel Delgado pointed out that the application sought the preservation of a tennis court on site as well as a tree house, but not the house.

Karp says the Holmans are willing to let anyone who wants it to take the house away from the site. But they don’t want it. “It basically sits in a way that doesn’t work for the family,” he said.

Marco - I'm glad there has been a time-out on this decision.  Here in Sacramento we have seen some of our historic structures demolished to make room for the new "latest greatest."  The most notable was the loss of the Alhambra Theater, a palace for it's day.  Why, you ask?  To build a Safeway store.

The sentiments by some as presented in your blog says a great deal. . . "Other local preservationists decried the multiple demolitions of pre-World War II homes all over Miami Beach. “Destroying [history] is a crime against humanity,” said Dina Knapp. “When ISIS does it, we call it terrorism. When contractors do it, we call it capitalism.”

Hi Marco -- we see similar things in many parts of our market as well although typically the footprint and size of the home increase.   Many are "discovering" the "hidden" value of basements when designing their new homes thinking it will be less obvious to neighbors.

Hi Marco - This is so very interesting to read their motivations and the values of these homes! WOW

Hi Myrl Jeffcoat thank you and how about that perspective on "demolition"? My sentiments exactly!

Michael Jacobs motives change when one has tons of $$. They want a small house replacement as next door they own a $30M mega monster house.

Lise Howe thank you. I mean really near $20 million for a tear down.

Good morning Marco. Love hearing about these properties, who is buying them and what they end doing with them once they are purchased.

Hey good morning Joe Petrowsky I am glad you share my interest in the subject.

I think preserving homes that have historical significance is important but mansions of the early 20th century elite, do not necessarily qualify automatically for preservation, especially if the elite don't care to upkeep these antiquated money pits.  It's about perspective, functionality, and do we really need these monuments to the American ego to represent our collective history. I think we preserve what is important, I'm not sold on the particular importance of keeping this structure if the new owners don't want to. This is a private home not a public edifice, and it should function for the new owners as they see fit.

Aloha Kimo Stowell -I see and understand your point. My mind separates the "what" that built it from the visual impact I get just from passing it by. There are many layers to a structure but I enjoy being whisked back in time by all kinds of architecture and not always being surrounded by the "present".

It is always a tricky balance that we need to maintain and where the emotions flare. Very interesting read. Good journalism... 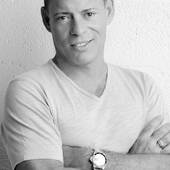