are located directly off of Highway A1A on Columbia Drive,

just south of the Beach Line or Bennett Causeway.

They are just blocks from the beach.

They are about 7 minutes from the world famous Cocoa Beach Pier and Ron Jon's Surf Shop.

This exquisite gated community is tucked back into it's own peaceful world.

Each unit has it's own balcony with splendid views of the Banana River Lagoon.

Boat slips and trailer parking may be available to residents.

The dock master can tell us availability at any given time.

and sit in the gazebo overlooking the river.

less than 10 minutes away.

Jetty Park is about 10 minutes away.  They have some of the best fishing in the area.

Watch the manatees, or sea cows from your balcony, as they play.

There are currently no units for sale in Treasure Island Club.

The majority of the units in Treasure Island Club Condo, Cape Canaveral  are two bedroom two bath at 1200 square feet of living.

There are 7 units that sold in 2014.  Two were in building one, two in building two and three in building three. Two of the units sold were my listings. Two units were bank owned foreclosures and the other five were standard listings (non distressed properties).

Treasure Island Club Condos in Cape Canaveral FL is an exquisite community.  This is one of the nicest, well maintained and affordable communities in the area.  Investors and out of town folks are always quick to scoop up the great deals in the complex, because of it's wonderful location and breathtaking views.

Watch the cruise ships set sail on balconies on the upper floors.

Sandy, I can't believe how reasonable the prices are on the condos here at Treasure Island Club even if some of them were foreclosures.

Bruce Walter Treasure Island Club is one of my favorite condo communities as it is so professionally run by the association and the prices for a riverfront unit are incredibly affordable!

Very cool blog post, and what incredible photos you have here. Just wow.

Treasure Island Club is truly one of my favorite locations! I love it there! 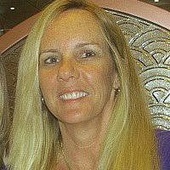