According to the the Federal Reserve latest Beige Book report.  The Beige Book is a collection of anecdotal economic observations from each of the Fed's 12 regions.


Real Estate and Construction
Residential real estate activity improved across the 12 Districts, with home sales and home prices increasing in every District, while construction activity was more mixed. Richmond and Kansas City indicated that sales of low- and medium-priced homes continued to outpace sales of higher-priced homes.

According to reports from businesses across the Sixth District, economic activity modestly improved from July through mid-August. Most firms continue to be optimistic and expect higher growth over the remainder of the year.

Reports from retailers were mixed with some noting improved sales growth compared with a year ago, while others experienced little to no growth. Automobile dealers continued to report solid activity. The hospitality sector remained upbeat. On balance, residential brokers and builders cited that sales of existing and new homes were ahead of last year's levels and home prices continued to rise modestly.

Real Estate and Construction
District contacts indicated that real estate activity continued to improve since the last report. Three-fourths of residential brokers noted that home sales met or exceeded their plans. The majority of contacts reported that home sales increased from the year-earlier level, and that inventory levels remained the same or fell. Buyer traffic was also reported to be up relative to one year ago. Most brokers continued to report modest home price appreciation. Brokers' outlook for home sales activity remained positive, with most expecting sales to hold steady or increase slightly over the next three months.

The majority of homebuilders continued to indicate that construction activity was up from year-earlier levels. Reports on new home sales and buyer traffic described activity as being flat to up slightly from one year ago. Most builders indicated that their inventory of unsold homes was flat to slightly up compared with the prior year's level. Builders also reported modest home price appreciation. The outlook among builders for new home sales and construction activity over the next three months remained positive, with the majority indicating that they expect activity to hold steady or increase slightly. 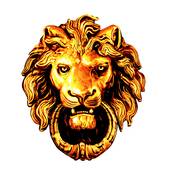