I’ve been absent from AR a couple of weeks now. Not by choice, but by circumstance and technology challenges...

We set out on the road for Missouri on the morning of August 11, 2015 with my 1st wife Bev and her husband of 38 years, Keith. We’ve been good friends forever and share a daughter Tawnya and 3 grandkids Tyffanie, Jake, and Tannyr...

The years went by so fast and the kids are grown and now married and the youngest Tannyr is 13 now, and 6 feet tall! We were in Joplin, Missouri for my grandson Jake’s wedding on August 16th. While we were there we saw a show on the Branson Belle in Branson, Missouri on the 19th. It was great to spend time with the midwest branch of the family. 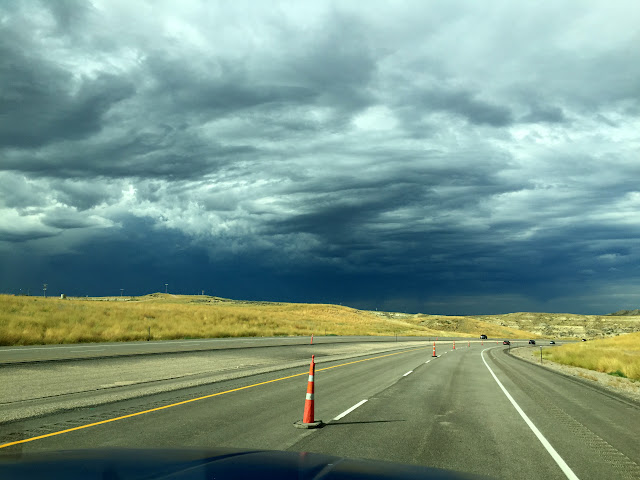 Some very dramatic sky between Buffalo and Gillette, Wyoming, August 12, 2015.

But time say’s at 65 I am one and I got called on it several occasions. Yet, I made a promise to myself several decades ago that I would be the very best of the best I can be at whatever age I am, live in the present, look forward to the future, be creative and not pretend to be anything else or acquiesce to anything less. So... I’m living up to the code and the promise I made to myself all those years ago. 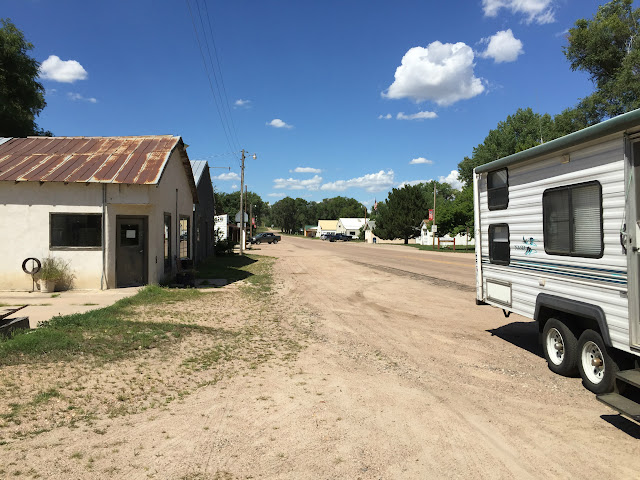 I’ll spin more of this story later, but let me share just a couple of things that stick with me. The journey and the scenery were wonderful all the way there and back. What a beautiful land we live in. The wedding was a blast and I loved the relaxed nature Jake and Hailey created. They totally owned it and I think everyone had a wonderful time.

Some of the nicest people you’ll ever meet are in Nebraska. We had a little truck trouble and everyone from the guy with the towing truck, to the people that had the repair shop, to Farmer’s Daughter Cafe in Grand Island, Nebraska were so friendly, helpful, and good spirited. 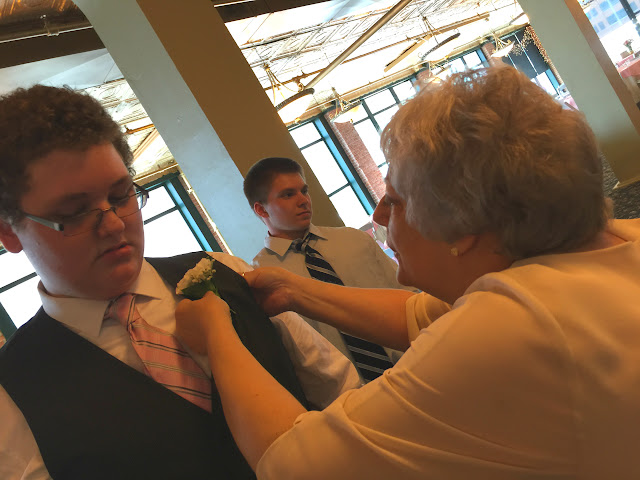 I really wanted to share this adventure in a totally different way than I did. I miss calculated how busy I was going to be. I drove half the time and played navigator. We drove about 500 miles a day, so not much time for social media except at rest stops, fuel stations, or campgrounds. All the campsites offered free WiFi, but I could never get it to work.

So with all my blogs and social platforms online I ended up posting almost everything to Facebook. It was the one app on my iPhone that I could connect with consistently. I tried posting to AR from my iPhone, but I lost it before I could post, or got an error message, unable to connect or post. I don’t think it had anything to do with Activerain, I think it was more about being way the heck out there on the prairie with very few cell towers. 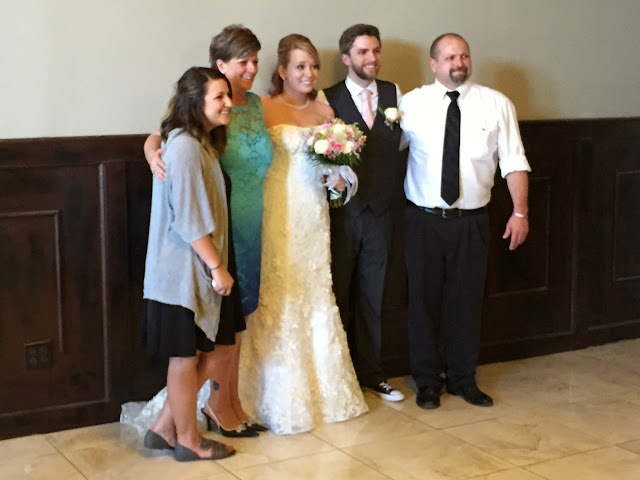 And the really big one as it turned out was Google Maps with voice navigation. More often than not we were looking for a campground after sunset. It was dark, unlit, unfamiliar, very little signage, and I had my challenges trying to keep track of direction after several turns off the freeway... Gotta hand it to Google, navigation got us where we needed to go everytime! 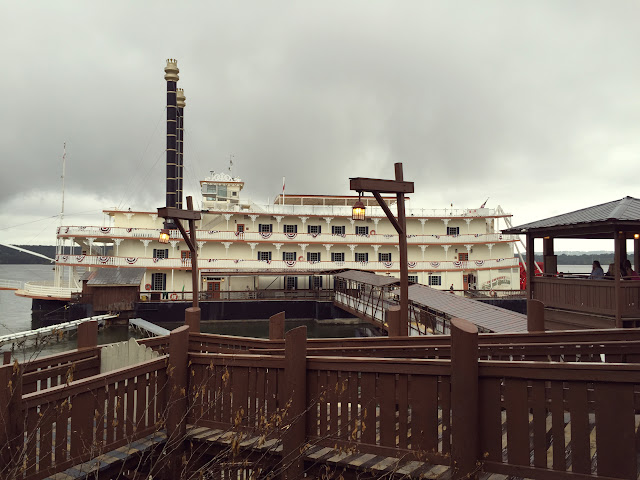 We made it safely back home to Kent/Renton, Washington the eve of August 23, 2015. After being gone for almost 2 weeks, reentry was a bit brutal... Oh, and one more thing... “I’ve never ever seen more corn in my entire life put together than I did driving through Nebraska!”

I hope you all had a great August...

Groups:
WeBlog Anything (almost)!
Travelers In The Rain
The Lounge at Active Rain
Photos
ActiveRainPhotoBlogger

Thanks shring your thoughts on your trip and make us realize there is more to life than just making a living!!!

I am glad you had such a nice trip, spending time with family is always fun, thanks for sharing it with us!!!

Thanks Michael Jacobs !! It was a wonderful trip, and now I'm glad to be home! I've never been to Nebraska either and really enjoyed our travels through it.

Hi Michael Thornton ... Thanks! It was a great trip... Next time though, I'm thinking driving my Ford Explorer without a trailer would be the way to go.

Thanks Dick Greenberg ... Good to be back! I wish I could have taken more photos... kind of hard to do when you're driving and lost! :O) But, I have many and some great video too.

Thanks Grant Schneider ... I was hoping I might have a chance to stop and say hello to a few Activerain members along the way, but we were booking down the road trying to get @500 miles a day... It was a great break from my usual routine being the pilot and navigator every day!

Hi Judi K Barrett ... I do have a bunch more photos and video too! Funny thing as I go through them... there's a lot of bugs splattered on the windshield! Oh well, authentic and real!

Hi Jon Zolsky, Daytona Beach, FL ... Thanks! I did my best. It was a challenge to document. I was way busier than I thought I'd be. But, none the less, a fabulous drive with so much to see!

Hi Pat... Patricia Kennedy ... Indeed, a paddle boat was mandatory, one way or another! Glad it turned out to be a Showboat!

Hi Tammy Lankford ... Thank you! Ha ha ha... I wasn't quite sure about the X either, but hey, we've remained good friends forever. In fact Bev's the first one to say we've gotten along a lot better through the years than we ever did when we were married. :O) Not quite sure sometimes how to take that. :O)

Thanks Myrl Jeffcoat ... I love road trips and agree, there's more opportunity to absorb the spirit of the place. Keith and Bev are retired, so I was the one with urgency to get back on time. I just love driving through the landscapes. I noticed the similarities in the boats too! I really had a blast whenever we stopped to talk to locals, fellow travels, truckers, bikers, and local merchants. I really came away feeling like I experienced America first hand. It kinda changed everything and many of my perceptions.

Thanks MIKE ROCK ... It was a challenge taking photos, but a good challenge. I had to quickly adapt to the regamen of each day and simply put my feelings and opinions aside and 'shoot' for the best.

Hi A... Ron and Alexandra Seigel ... I had so much fun recalling books about travel and songs about travel... Though flat, I enjoyed Nebraska. Essentially we took a right of Interstate 90 at Rapid City South Dakota and took smaller, mostly county roads down to Interstate 80 through Nebraska. Amazing agriculture all along the way!

Hi Praful Thakkar ... Thanks! I was tested on a few occasions to be sure! But it was more about my internal state of mind than any real danger. At least that's the way I'll remember it. :O) Top two scariest episodes was driving through Kansas City on a Friday evening, and driving over the continental divide via Colorado, Wyoming into the NE corner of Utah into Idaho... Holy holy, 6% grade for miles and miles + crazy drivers and I'm not so good about heights sometimes... Just keep your eyes on the white line in the middle of the road and do not look to either side, especially the one with the 1,000+ foot drop! :O)

Thanks Lynn B. Friedman ... It was so wonderful hanging out with family. We don't get to see each other all that much in person... I'm so grateful I had this opportunity to go... Staying in touch via Facebook gets us by, but being in person and doing stuff together is totally and will always be the best of the best!

Hi Kat Palmiotti ... RE: only 4 or 5 times... Not too many, considering all the things that happen on a long road trip... As I mentioned, I was so glad to be in social media and having my trusty iPhone could figure out a lot ahead of time. And, truly, the Google Maps with voice navigator saved my bacon on several occasions!

Indeed Sham Reddy ... It was so good (even when I resisted) to break out of the normal routine and kinda live by your 'traveling' wits! One thing I can say about America without a doubt, there's a lot of really fine people out there across our land and I for one am genuinely grateful for them!

Hi Brian England ... Thanks man! It was a blast and I enjoyed so much family and people upfront and personal and didn't listen to the news or any tv or radio the whole time! We did watch a couple of movies though in the trailer a few times which was really fun!

Rene Fabre what a fantastic story! I loved every word, and your photos. The mid-west is a different land. Thanks for sharing your trip...

Rene- how fun it was to share your road adventure with you!  I may be biased because I'm from Texas, but I think the midwest or heartland has some of the very best and most down to earth people.  I hope you take us along on another one of your road trips.

Google Maps, hmm Now you know why it is called the 'Show Me' state!

Sorry couldn't help myself.  Yes, in Missouri cell service is not available everywhere, nor can you connect via phone in about half of the state.  Yet, as you have proven, we can survive being unplugged for a day or two.  Glad you had such a wonderful exciting trip and made it home safely.